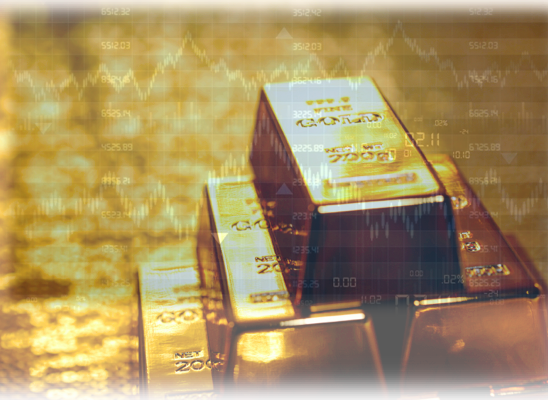 “If you don’t own gold…there is no sensible reason other than you don’t know history or you don’t know the economics of it…,” says Ray Dalio, the founder of Bridgewater, the World’s largest Hedge Fund.

Dalio calls gold a currency, like the dollar or the euro… It’s an alternate form of cash. History reminds us there are times when people don’t believe in paper currencies and need an alternative. Thus, Gold was used as money. And it might be that people can turn to gold again in a currency crisis. These are Dalio’s views expressed in an interview with the Council on Foreign Relations.

Other leading hedge fund managers such as George Soros, and John Paulson too believe in gold. The number of gold bulls in the Hedge Funds Managers family is growing.
Hedge funds open position in gold is growing. The Commitments of Traders (COT) Gold reports 415,718 gold futures open interest on June 19. The COT report is a weekly report published on every Friday by the Commodity Futures Trading Commission (CFTC) that contains an up-to-date information on futures market operations. 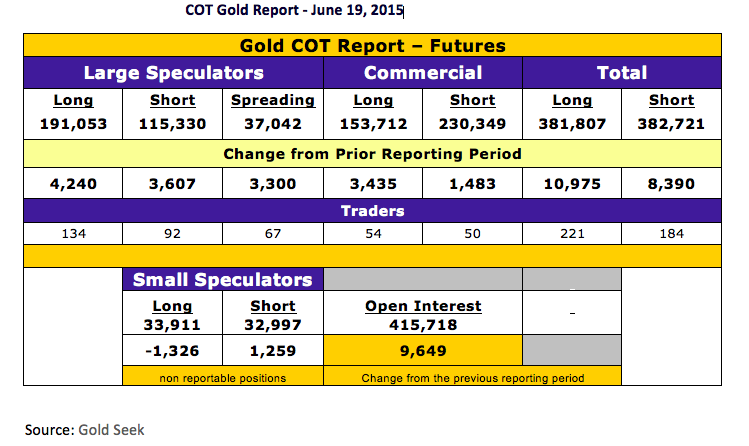 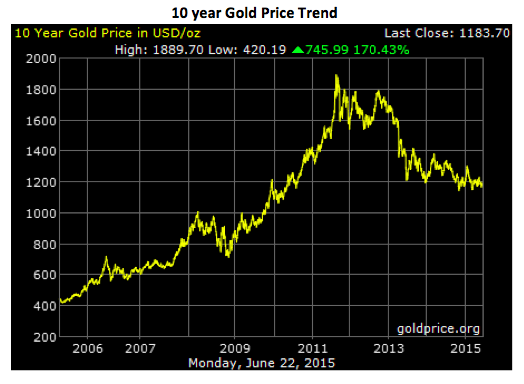 Because of gold’s hedging virtues, gold generally constitutes a portion of hedge funds’ portfolio. For example, gold forms 7.5% of Bridgewater’s All Weather Portfolio. Investing in gold also protects Hedge Funds’ portfolio from inflation as gold prices track inflation rates. Hedge fund managers buy gold as a hedge or safe haven against any economic crises. The gold price is less volatile than major stock market indices, such as the S&P500, and is much less volatile than other commodities. Unlike oil and many other commodities where production is highly concentrated in some regions, gold mine production and gold reserves are geographically diversified. This makes gold much less vulnerable to a regional or country-specific economic or political shock. Hedge funds invest in Gold as an effective hedge against inflation, currency weakness, and geopolitical uncertainties. The price of gold does not move with the price of other financial assets. The economic forces that determine the price of gold are different from the economic forces that determine the price of many other asset classes such as equities, bonds or real estate. Hedge funds use Gold as an effective tool for diversifying one’s portfolio, potentially reducing overall portfolio risk. 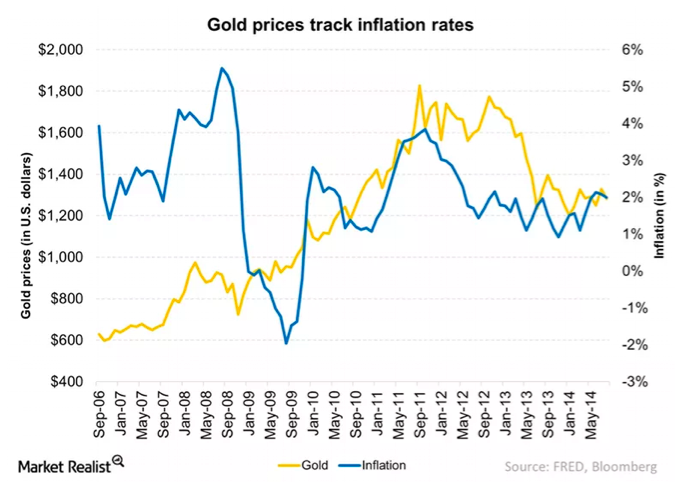 Source: Is Gold no longer an inflation hedge?, by Market Realist

The gold market is highly liquid and deep. And there are many ways to invest. Hedge funds invest both in Gold as a commodity and in Gold mining companies. They invest in gold ETFs such as the SPDR Gold Share ETF (GLD) and gold miners ETF such as the Market Vector Gold Miners ETF (GDX).

For example, GLD accounts for around 3% and GDX around 2.5% of the hedge funds’ portfolio. While GLD, the largest tracks gold bullion’s spot price, GDX, the largest Gold Miners ETF, provides exposure to diversified gold mining companies such as Goldcorp (GG) and Barrick Gold (ABX) and Royal Gold (RGLD).

In addition to investing in ETFs, hedge funds actively trade in gold futures and options and other related derivatives especially in anticipation of outcome of important events such as the Fed meeting or the Euro Zone summit on Greece crisis. It is now for the hedge fund managers to use their skills to anticipate and bet on ongoing global uncertainties. 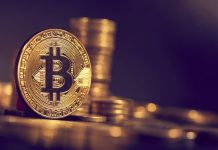