Under the leadership of HE Mr. Clément MOUAMBA, Prime Minister, Head of Government of the Republic of Congo, the institution has succeeded in raising 3.8 billion euros to support the financing of integration projects for the economic development of the region.

Organized by the Economic and Monetary Community of Central Africa (CEMAC) under the very high patronage of HE Mr. Denis SASSOU N’GUESSO, President of the Republic of Congo, President dedicated to the Economic and Financial Reform Program of CEMAC (PREF-CEMAC), represented by HE Mr. Clément MOUAMBA, Prime Minister, Head of Government of the Republic of Congo, the round table on the mobilization of financing for integration projects of CEMAC, was held on November 16 and 17, 2020 in Paris.

Due to the COVID-19 pandemic, the round table took place in a hybrid format with 60 participants present, and more than 400 video conference participants over both days.

The objective of this round table was to mobilize donors and private investors to raise funds for the effective implementation of eleven (11) integration projects in the CEMAC zone, which specifically focus on: facilitation of transport and trade, production and interconnection of electricity and communications networks, the common market and economic diversification, and human capital.

At the opening of the ceremony, the opportunities of the CEMAC zone and the importance of the implementation of integration projects for the strengthening of regional integration and the acceleration of the diversification of economies were reminded by Prof. Daniel ONA ONDO, President of the CEMAC Commission.

BDEAC, ADB, BADEA and other CEMAC partner institutions welcomed the initiative and expressed their commitment to support the implementation of projects, while emphasizing on the potential of the CEMAC zone.

The speeches were completed by the intervention of HE Mr. Clément MOUAMBA, Prime Minister, Head of Government of the Republic of Congo, who declared the workshop open and expressed his gratitude and that of all the populations of CEMAC to the French people and their authorities who, despite the international environment marked by the COVID-19 pandemic, have exceptionally agreed to authorize the organization of this meeting on French territory. The day ended with a session dedicated to PPPs during which six private institutions (Club PPP, Meridiam, STOA, Fidal, Olam and Sogea Satom), champions in their field, shared their experiences and success stories of PPPs in Central Africa. The IDB also made a presentation on Islamic finance (SUKUK) as an important mode of financing structuring and integrating projects.

The second day mainly focused on B to B exchanges between Ministers, donors and economic institutions on the specific characteristics of certain projects, the issue of foreign exchange regulations and the financial environment in CEMAC, and details of the intentions and modes of donor funding. The Governor of BEAC had an enriching exchange with donors and private investors on the regulation of trade and the financial environment in CEMAC. The President of BDEAC also examined with partners their intentions and modes of financing.

During the two days of the event, several panels bringing together directors of bilateral and multilateral agencies, government authorities and representatives of economic institutions in the area, took place one after the other.

The Ministers of the CEMAC countries made detailed presentations on the eleven (11) projects, presenting the content, objectives, financial evaluations, modes of financing and expected results of each of these projects.

Out of a need for 3.4 billion euros expressed, 3.8 billion euros were mobilized with the support of Afreximbank, BDEAC, the African Development Bank, the World Bank group, the Scandinavian Chamber of Commerce and SX Capital Holdings. The financing of 8 out of 11 projects has been fully completed.

“This round table has had the undeniable merit of taking CEMAC a further step forward on the road to providing it with the infrastructure necessary for its development,” said H.E. Gilbert Ondongo, Chairman of the Steering Committee of PREF-CEMAC, Minister of Economy, Industry and Public Portfolio of the Republic of Congo. 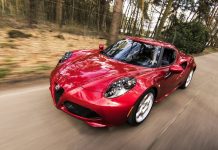