The world of hedge funds, and investment in general, is a complex one, and one that it is inadvisable to enter into blindly. Thankfully, there are plenty within, and close to, the industry that have taken the time to chronicle and explain what is undoubtedly the pivotal story in the modern history of high finance. Here, we have compiled ten of the best books and e-books on the subject of hedge funds and the world of high finance, in no particular order.

Fooling Some of the People, All of the Time
David Einhorn (Wiley) 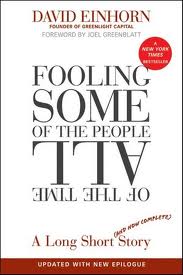 As an expose of the sharp practices indulged by companies looking to keep their stock afloat by fair means or (in this case, mainly) foul, this book is an essential primer in the dark arts of financial manipulation. It chronicles the struggle between the author’s firm and Allied Capital, talking about the methods that were employed by his antagonist to keep the shares of what was clearly a poorly-run business on the up and up. In addition to this narrative, Einhorn tracks the journey of a traditional banker from the mundane and repetitive tasks required at the outset of a career to the creativity, relationship management, and good luck that are required for long-term success in this field, and as such is essential reading for anyone interested in this endeavour. 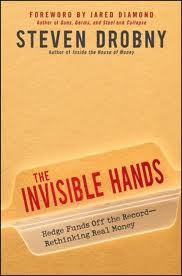 Through a series of in-depth interviews with traders, Drobny takes the reader on a journey through some of the uncharted depths of the world of global macro hedge fund traders, focusing on those traders who actually made money throughout the financial crisis years. In order to get the full value from this book, you need to be fairly au fait with some of the more obscure financial terminology employed, but for those who are seeking a deeper understanding of the thinking and processes involved in pursuing a strategy of absolute returns, it is well worth the effort. 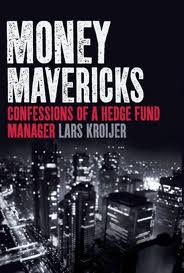 As far as warts-and-all accounts of life at the helm of a hedge fund, this is one of the best books on the market. This autobiographical tome charts Kroijer’s journey through the establishment of his hedge fund, Holte Capital, through the boom years of the industry into the present day. On the way, he shines a light on the absurdity and boastfulness of those within the industry with a healthy mix of contempt and respect, while providing a disarmingly honest account of the emotional rollercoaster that a life dedicated to high finance entails. 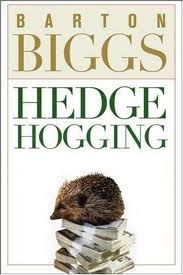 As a bona fide hedge fund legend, the autobiography of Barton Biggs is essential reading for anyone with an interest in the workings of what is often an opaque and shadowy world. Delivered in a humble and self-reflective tone, Biggs tells the story of the establishment of his Traxis Partners fund management firm after leaving Morgan Stanley. The recurring theme throughout this book is the folly of investors who dive into the markets at precisely the wrong times – namely when the markets are at their peak – and the hubris and ego world of high finance. As well as providing a valuable insight into the world of hedge funds, it also offers some highly useful advice for those who are looking to invest in the markets.

The Greatest Trade Ever: How One Man Bet Against the Markets and Made $20 Billion
Gregory Zuckerman (Penguin) 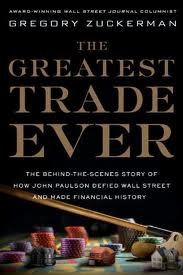 As we all know, much of the financial world lost its shirts in the financial crisis of 2008, but there were a few traders who made a mint by bucking the trend by shorting sub-prime mortgages just beforehand. Most of this book is about just one trader – John Paulson – who skyrocketed from being a fledgeling hedge fund manager to being crowned King of Wall Street on this very premise. As a commentary on the causes of the financial crisis, and a homage to the strength of Paulson’s counter-intuitive convictions, this is an essential read for anyone with an interest in the financial markets of today. 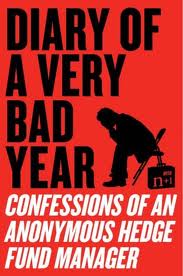 For somebody who isn’t heavily steeped in finance jargon, this is one of the most accessible books on the subject of hedge funds that is currently on the market. Through a series of interviews with a hedge fund manager who prefers to be known only by the acro-pseudonym of HFM, Gessen chronicles the stories behind the collapse of Lehman Brothers, the Madoff scandal, the demise of Bear Stearns, the weakening of the US dollar, and the bailouts. The depth of insight imparted by HFM in these tales is matched only by Gessen’s skill in translating these complex financial machinations into terms that the layman can understand. If you want to know what really happened in the financial crisis, this is as good a place to look as any. 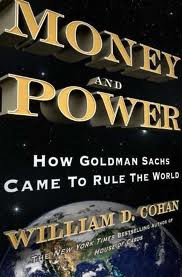 The name of Goldman Sachs is synonymous with high finance in the popular imagination, and this book provides a powerful explanation of how this came to be. From the unique corporate culture and ruthless competitiveness to the questionable business practices that have drawn fire from all quarters of the media in the wake of the financial crisis, this book casts a spotlight onto the DNA of what is still undoubtedly the most prestigious firm on Wall Street. The author’s painstaking research, which takes in substantial interviews with current and prior employees of the Wall Street giant and thousands of pages of insider documents, gives readers unparalleled access into what goes on behind the closed doors at the world’s most famous investment bank. 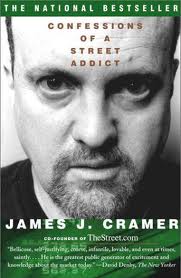 Jim Cramer is one of the best-known names in the financial media world as the host of CNBC’s Mad Money, and this is his story. It takes in the whole spectrum of his career from his beginnings as a journalist and Wall Street pundit through his years as a hedge fund manager and internet entrepreneur to his current role as one of the most visible commentators in the financial world. Cramer has a love of trading that goes all the way back to his schoolboy days, and which went into overdrive while trading stocks at law school in the pre-internet age. He also sheds light on his personal life, in particular his descent into, and subsequent recovery from, workaholism, which got to the stage where he completely alienated his friends and family with his tunnel-vision approach to finance. 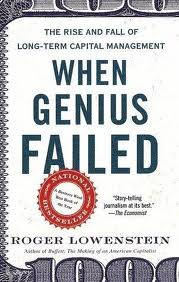 In its pomp, Long Term Capital Management (LTCM) was the toast of Wall Street, a profitable monument to the genius of intellect and its seemingly alchemistic power over the seemingly uncontrollable tides of the financial ocean. After providing its investors with returns of over 40% (after fees) in its initial years, this financial brains trust conspired to hemorrhage a colossal $4.6 billion in assets during the Russian financial crisis. What this book illustrates is that the same forces that led to the spectacular over-performance of the fund were – namely greed, hubris, and advanced algorithmic trading strategies – were ultimately the same things that were to bring down the fund, and were it not for a multi-bank bailout, could have caused a cataclysm in the markets. As a study into modern market techniques, and the pitfalls associated with them, this book is unparalleled. However, the sheer density of detail in this tome may count it out as light holiday reading. 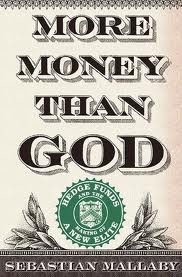 If you are one of those people for whom Ayn Rand’s Atlas Shrugged reads like the account of a bleeding-heart tax-and-spend addict, then this book is for you. Mallaby is a true believer in the ‘greed is good’ manifesto of the financial world, but in spite of his overt neo-liberalist leanings, More Money Than God manages to offer quite a well-balanced argument against the financial regulation of hedge funds. For Mallaby, the absolutism of market forces, as expressed through the vehicle of the hedge fund, are a force for good, correcting market anomalies and benefiting the economy in the process. For anyone working in the hedge fund industry, this book is a must-read, as it provides a powerful insight into the evolution of high finance, the trading techniques that are employed within the industry, and the psychology of the traders and executives with their hands on the tiller. 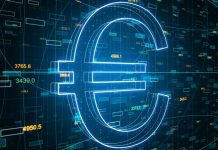 WEF Report Future of Financial Industry will be Powered by Blockchain