Although the hedge fund industry net-flows will hold up much better in 2020 in comparison to what was experienced in 2008, the impact on individual hedge fund firms will vary drastically. We expect a large rotation of asset flows within the industry as investors focus on repositioning their portfolios into those hedge fund strategies that are expected to outperform and redeeming from underperforming managers. Although the industry as a whole is well positioned going forward, only a small percent of the highest quality funds will benefit.

Recent news headlines state that the hedge fund industry saw its highest level of redemptions during the 1st quarter of 2020 in over a decade, with $33 billion leaving the industry. A more appropriate headline would have been “Hedge Funds Only Lose 1% of Industry Assets – Learned from 2008 Experience.” As a percent of industry assets, this was a very small amount of redemptions considering the markets just experienced one of the worst sell-offs in the past century. In comparison, the 3rd quarter of 2008 catalyzed a 12-month period in which 16% of industry assets were redeemed. While we expect redemptions to increase over the next quarter due to the structure of hedge fund liquidity provisions, typically either monthly or quarterly liquidity with a 30 to 90-day notice period, we only expect these redemptions to be moderate. The industry has evolved and adapted since 2008, leaving it in a significantly better position to weather turbulent markets.

The following are some of the changes made after 2008 that have made the industry more stable and resilient:

Before 2009, many hedge funds and fund of funds were selling their strategies as generating absolute returns with a benchmark of T-bills plus 400 basis points. This gave investors the impression they would generate positive returns regardless of market direction. These investors were shocked to see the average hedge fund down approximately 18% in 2008, which led to heavy withdrawals from the industry. When investors’ experience is dramatically different from their expectations, they are much more likely to redeem. Since then, hedge fund managers and fund of funds have done a much better job of educating their investors about their investment process and how their fund should perform in various market environments. Today, hedge fund investors understand that many strategies are positively correlated to the capital markets, and as a result, most were satisfied with how their hedge fund portfolios performed during the 1st quarter of 2020.

Due diligence and transparency

Before 2009, there was very little operational due diligence performed on hedge funds. The decision-making process of selecting hedge funds was very short, and frequently decisions were made after one or two meetings. In addition, during those meetings, many hedge funds offered little transparency about how their investment process worked or what positions were in the portfolio. It was an industry that was highly dependent on trust. All of this trust came crashing down as a result of 2 occurrences: the Bernie Madoff fraud and the improper structure of some prime brokerage custody accounts.

1. Madoff.  The Bernie Madoff fraud caused a ripple effect throughout the industry, leading to massive redemptions from investors in fund of funds with Madoff exposure. The fraud exposed a weakness in their due diligence process, which was one of the main reasons they were hired. It also temporarily reduced investors’ confidence in the hedge fund industry. Most investors had neglected proper due diligence on their managers and did not fully understand what their hedge funds invested in due to lack of transparency. This caused investors to question what other frauds might exist in the industry which led to further redemptions and reductions in allocations.

2. Improper structure of some prime brokerage custody accounts. After the Lehman failure, hedge funds unpleasantly learned that it mattered how their assets were custodied with prime brokerage firms.  Some of their assets were held in the name of the prime brokers as hypothecated assets. Prime brokers used these hypothecated assets to provide lending to other funds for leveraged purchases, and to support the borrowing of stock for funds to go short equities. Unfortunately, some of these funds were considered general obligations of the brokerage firm, and in the case of Lehman, assets custodied out of their London office had to get in line with other creditors in order to try to get their money back.

Since these destabilizing events, there has been a significant enhancement in the due diligence process of most investors in order to reduce the probability of investing in a fraudulent product. These additions include a greater focus on transparency, both of positions and investment process, operational due diligence (including a focus on how the assets are custodied at prime brokers), and the quality of service providers. This has given investors greater confidence in their managers during periods of distress.

Back in 2008, many hedge funds provided monthly liquidity with a 30-day notice period in order to attract fund of fund assets, which had been responsible for most of the industry growth over the previous decade. There was little regard by hedge funds for the mismatch in the liquidity terms of the hedge fund and the underlying investments. This disparity was manageable as long as there were positive flows to the fund. However, allocations came to a halt at the end of 2008 and redemptions soared, which led many funds to raise gates and suspend redemptions. This also added to the loss of confidence in the hedge fund industry, further increasing redemptions and unfairly penalizing liquid strategies that honored their liquidity provisions by turning them into “ATM machines” for many investors who needed liquidity.

Since then, there has been a greater focus among investors on liquidity terms and their alignment with the underlying investments. Allocators are more willing to accept longer lock-up provisions for less liquid strategies and are avoiding those funds with mismatches in liquidity terms. In addition, managers who acted self-servingly by employing a gate provision or suspending redemptions at the end of 2008 have either gone out of business or were banished from future consideration.

In 2008, numerous hedge fund investors used leverage to enhance their returns, which was especially the case with some very large fund of funds. Part of this mentality was driven by the positive performance expectations of a diversified hedge fund portfolio. The 2008 correction not only increased these investors’ losses, but also led to their loans being called, which forced them to redeem from their underlying managers to repay the loans. These redemptions of their underlying managers were then magnified as a majority of their investors also redeemed from their fund of funds. Thus, such highly leveraged fund of funds either went out of business, suffered heavy withdrawals, or had their leverage reduced by their lenders. Today there is much less leverage used by fund of funds and other investors.

The make-up and quality of the hedge fund investor base. In 2008, the hedge fund investor base was dominated by fund of funds and high net worth individuals/family offices which had reputations as “fast money.” Since then, pension funds have been responsible for a significant percentage of positive net flows into the hedge fund industry. When combined with endowments, foundations, sovereign wealth funds and OCIOs, institutional investors represent a majority of the industry’s assets. These institutional investors are much more long-term oriented and stable investors. In addition, the quality of each type of investor group has improved since 2008. For example, endowments and foundations, which were criticized for their redemptions after the 2008 market correction, have repositioned their portfolios to better withstand “liquidity” events. These liquidity issues were primarily driven by the private equity portion of their portfolio’s as common practice was to over allocate to private equity in order to maintain a targeted allocation. This caused significant issues when capital calls increased while return of capital came to a halt. Most of these liquidity issues have now been resolved. Within the entire investor arena, fund of funds have experienced the biggest transformation. These investors have become much more stable due to improvements in  the due diligence process on hedge fund investments,  less use of leverage and better education for investors on what to expect during different market conditions.

Lack of good investment alternatives. After the 2008 market sell-off, the capital markets were trading at significant discounts to intrinsic value, providing investors with an abundance of opportunities in traditional investments outside of hedge funds. Today, after a massive, globally coordinated government stimulus, many markets have recovered a large percentage of 1st quarter losses and are viewed as potentially overvalued, leaving a lack of investment alternatives for investors. Money market funds are yielding close to zero and generating a negative real return. The 10-year US treasury is yielding less than 1% and could sustain a large market value decline if interest rates rise. In addition, many investors are fully allocated to equities and concerned there could be further sell-offs. This dynamic could increase asset allocation to the hedge fund industry. Pension funds need to generate a return equal to their actuarial assumptions, which typically are in the 7.0% to 7.5% range. This is difficult to achieve when the fixed income portion of their portfolio is yielding around 1%.

Don is also Chairman of Gaining the Edge-Hedge Fund Leadership Conference; consider one of the top conferences in the hedge fund industry. All profits from the conference are donated to charities that benefit children, which total over $2 million since 2013.

How To Create An Effective Investment Portfolio 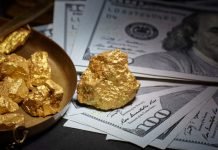