The United Arab Emirates Space Agency (UAESA) has launched a National Plan for the Promotion of Space Investment. Aiming to increase foreign investment in the UAE space sector and encourage local investment vehicles to consider funding opportunities in the space sector, both domestically and globally, the initiative promises to transform the nation into a regional hub for commercial space activities and advanced research and development.

His Excellency Dr. Ahmad Belhoul Al Falasi, UAE Minister of State for Higher Education and Advanced Skills and Chairman of the UAE Space Agency, said: “The space sector is a catalyst for innovation and the development of advanced technologies that support economic diversification and the creation of solutions to some of the world’s most pressing challenges. As such, the UAE Space Agency has been working to grow the sector in numerous ways since its founding. We believe that today the UAE possess the right mix of infrastructure, human capacity and economic incentives to be serve as an attractive location for commercial space investment.”

The UAE’s recently announced National Space Law has provided a forward-leaning framework that presents unique perspectives on current trends, such as space mining, space tourism and launching from space in a hope to further grow investor confidence while balancing risk and liabilities and maintaining alignment with international obligations.

Overall investment in the UAE’s space sector has exceeded $6 billion and include several significant undertakings, such as the ‘Hope Probe’ Emirates Mars Mission, which is scheduled for launch next year, the ambitious Mars 2117 long-term plan to build a self-sustaining colony on Mars in 100 years, an astronaut program and the successes of satellite telecom operators Yahsat and Thuraya. The Mohamed Bin Rashed Space Center in Dubai has also recently launched the first locally designed and built UAE earth observation satellite, Khalifa Sat.

With several of the largest and most globally active investment vehicles in the world, in recent years the UAE has diversified its global investment strategy beyond the traditional asset classes and begun strategically investing in venture capital, including founder-led start-ups in Series A or later-stage deals. Mubadala Investment Company, which also owns a significant stake in Virgin Galactic, has recently opened offices in Silicon Valley and London where they operate their venture capital led initiatives through both their investment in the $100B Softbank Vision Fund, as well as plan direct investments they intend to make.

Speaking about this new focus, HE Dr. Mohammed Al Ahbabi, the Director General of the UAESA said: “The UAE Space Agency, as a federal government entity, will actively play the part of an enabler and facilitator to encourage local and foreign investment in the sector, and proactively design a conducive environment which ensures start-ups and investors feel welcome and have access to business in the UAE that can drive their growth potential. We are confident that by enabling their success, we will reap the benefits of the ancillary benefits and strategic value through development of human capital and intellectual property that will elevate the UAE’s contribution to the global space sector.”

“The UAE’s space economy witnessed remarkable diversification and growth throughout the previous period. The overall investment in the UAE’s space projects exceeded 10% growth rate during the past two years. The number of space-related establishments in the UAE reached 57, which provided over 1,500 job opportunities,” said H.E. Al Ahbabi.

There are currently several initiatives being coordinated within the UAE Investment Promotion Plan, which will be rolled out formally in the coming months, including support for the establishment of accelerators, funds and specially designated economic zones, with shared services and incentives designed to be attractive to global space-related companies.

The UAE Space Agency, the first national space agency in the region, was established in 2014, and is responsible for organizing, regulating and supporting the national space sector under federal law. This includes the complete oversight and funding of space missions such as the Mars Hope Probe, the UAE’s unmanned mission to Mars.

The primary goals of the UAE Space Agency are to contribute significantly to diversification of the national economy, prepare the upcoming generation of Emiratis for leadership in the space sector through a range of capacity building programs, and raise awareness about space sciences and STEM fields among the general public. In addition, it is responsible for expanding and enhancing the UAE’s international standing in space-related fields, and for issuing policy and laws for the space sector. 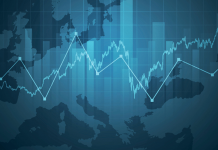