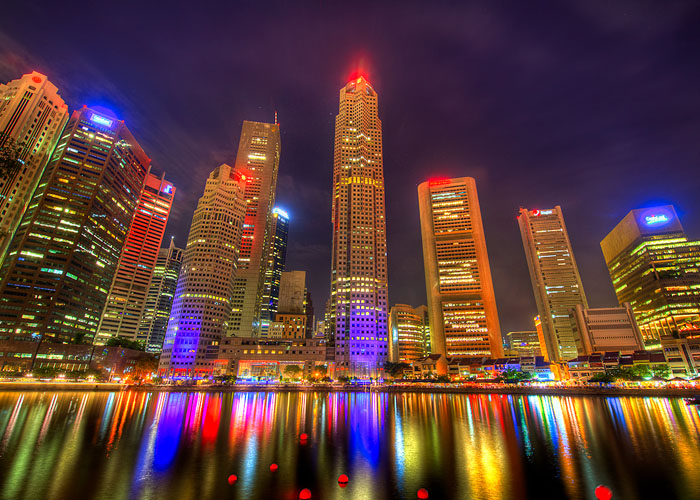 That being said, the industry did take a substantial knock in the global financial crisis. with the number of hedge funds dropping from 12,000 in 2007 to 8,400 in 2009. Although hedge funds as a whole performed better than other investment vehicles during this time, their activities were, at least in part, blamed for causing the crisis, and this caused the industry to be subject to intense scrutiny from regulators, the media, and the public.

However, despite – or perhaps partly because of – the increased regulation and publicity around hedge funds, they have rebounded strongly since the crisis. According to Eurekahedge, the world’s largest investment funds research house, the hedge fund industry enjoyed a record-breaking year in 2013. The total assets under management in hedge funds grew by US$228.8 billion to an all-time high of US$2.4 trillion, and hedge fund managers attracted US$136.1 billion in net capital allocations, more than the previous three years combined.

While consolidation has reduced the numbers of hedge funds, the number is once again on the increase, and there were over 10,000 in operation in 2013, a huge increase on the figure four years previous. So, it is clear that despite recent setbacks and a hugely increased burden, the industry is going through a period of growth, accelerated by the broader access to the general public of investors.

Although there were investment houses offering hedge fund-like investment vehicles as early as the 1920s, it wasn’t until the founding of Alfred Jones’ so-called ‘hedged fund’ in 1949 that the industry began in earnest. Since then, it has been through many peaks and troughs, most notably in the recession of the late 1960s/early 1970s and the bursting of the tech bubble in the late 1990s. By 1995, there was over $250 billion in assets under management in hedge funds, and despite fears that a few notable failures in the late 90s/early 2000s might lead to a mass exodus of investors, the industry continued to grow.

The global downturn in business activity that followed the financial crisis saw the industry go through a period of consolidation, from which it has yet to truly emerge. The financial crisis saw many hedge funds close their doors, with the number dropping from 12,000 in 2007 to 10,000 in 2008, and then down further to 8,400 in 2009. Since then, they have rebounded back to over the 10,000 mark, but this is still some way short of the 2007 high.

What we are now seeing is an increasingly large amount of capital under management by a smaller number of hedge funds. However, as growth returns to the markets and the global economy in general, we can expect the number of hedge funds to continue increasing. However, this growth will be reined in to a certain extent by the hugely increased regulatory burden, as compliance with the new rules will require substantial manpower and other resources. This should favour established firms that already have the resources in place to deal with it, at least initially, so we may not have seen the end of the consolidation trend quite yet.

One of the most recognisable trends in the current investment landscape is that major pension funds are increasingly recognising the advantages of hedge fund investments. As a result, the selection criteria employed by these funds is going through a period of evolution to enable more and more of them to participate in alternative investment vehicles.

The fact that institutional investors are taking an increasingly strong interest in hedge funds has been one of the major drivers of the growth in assets under management in hedge funds, but this has come at the price of greatly increased reporting and disclosure requirements. This has forced hedge funds to provide much more in the way of formal documentation of portfolio strategies, risk profiles and management techniques, and detailed daily performance updates.

Funds that are ready and willing to respond to these requirements for greater disclosure will be in a strong position to attract more investment from major investment houses going forward. Again, this will favour the bigger funds that have resources to deal with this in place, and smaller funds with under $1 billion under management will find themselves in a vulnerable position unless they bring their existing funds up to speed or close off old funds and replace them with new ones that are equipped for a much higher level of transparency.

The slew of new regulations that have been proposed in the wake of the financial crisis will have had quite a restrictive effect on the global hedge fund industry, and are likely to continue to do so as more of them come into effect. The majority of managers strongly believe that governance and regulation will be the biggest challenges faced by the industry in the years to come. These changes are affecting everyone in the industry, from the big names down the new entrants into the field.

It is, however, unlikely that the new regulatory environment will be adopted evenly across the globe, as national and regional governing bodies may differ in their approach. This may result in funds making strategic relocations in order to exploit potential loopholes, leading to a ‘brain drain’ from countries with more stringent regulations. The best hedge fund managers, for example, may be tempted away from established financial centres to work much more lucratively in emerging markets and financial centres. This may also mean that many fund managers will have to gain a much greater understanding of the currency markets if they are to succeed in the new environment.

In the U.S., the Dodd-Frank legislation has placed severe restrictions on derivatives trading in terms of compliance and reporting requirements, and this has had a major impact on the range of tools that are available to hedge fund managers. It is, however, unlikely that the new legislation will begin and end there, and events such as the ‘Flash Crash’ and the ‘Hack Crash’ have been blamed by the SEC on the unregulated activities of hedge funds, particularly those employing algorithmic trading techniques. As a result, we can expect to see more and more regulation come into play, which will make life increasingly difficult for hedge funds with regards to achieving their goal of absolute returns.

The mass cull of fund managers in the wake of the financial crisis saw hiring levels at hedge funds drop through the floor, and while the industry has recovered strongly, this has not been accompanied by a rush of new employment opportunities. That said, hiring levels have been increasing steadily in recent years.

Although the industry is still bonus-driven when it comes to attracting top talent, there is a much higher priority being placed on skills such as forex trading (as mentioned above). Also, funds are now looking for managers with a proven background in terms of meeting compliance requirements and interpreting and adapting to changes in the regulations.

Regulatory issues are also complicating the issue of compensation, with ‘clawback’ and non-compete provisions becoming standard, and an end to the guaranteed bonuses that were previously prevalent in the industry. These changes are, in general, intended to bring the interests of fund managers into closer alignment with those of the people that invest in their funds.

The hedge fund industry has recovered well from the financial crisis, and in many respects has come out stronger due to the influx of institutional money. However, the job of making returns in any market has been made much harder by the increasing regulatory burden and the demands for disclosure that are attached to the investments by big pension funds. What we are likely to see is an industry that will continue to grow in some respects, but one that will be more geographically dispersed, and that will continue to offer strong returns, although a return to the blockbuster returns of the pre-financial crisis years is unlikely to occur in the foreseeable future.

Insights On The Reform Of The European System Of Financial Supervision