Factorin’s innovative technology and fast growth has been acknowledged by the blockchain experts of the annual report “Blockchain & DLT in Trade”. In just over a year since launching, the startup’s team has connected 37 banks and factoring companies, as well as over 700 suppliers and buyers to its decentralized platform. During 2020 thus far, the platform has processed more than 600,000 transactions for over USD $1 billion (€850 million, £752 million) in financing.

According to WTO experts, platforms built on decentralized technologies can help world trade not only overcome the current crisis, but also accelerate market development  while helping us  better prepare for and manage the inevitable crises of the future. A big part of helping make that happen through  2020 and beyond is  blockchain. It has not only revolutionized digital money, but will further revolutionize international trade This has already happened inan explosion in global trade after the widespread adoption of container shipping in the second half of the 20th century.

Factorin’s decentralized technology platform facilitates seamless and secure interaction between banks, suppliers and buyers. It is one of many tech platforms out there for all kinds of services, but within Factorin’s advanced framework, transaction information is only ever available to the platform’s participants unlike other platforms where data has been collected, mined and potentially misused. And, as the latest WTO report shows, there are practically no next-generation solutions that would process a significant number of transactions. Factorin is one of the few fully commercially operating supply chain finance platforms. The platform addresses the key issue of complex workflows, data privacy and security which have combined to interfere with the financing of small and medium-sized businesses. Two major retailers, Magnit and Dixy, with USD $20 and $5 billion annual turnover respectively, became Factorin’s clients within the first year of operation. The company is further increasing the number of large corporations using the platform such as large retail chains, marketplaces, and has also entered the telecoms market.

With the Factorin network consisting of 57 commercial nodes, with over 1.4 million transactions processed, large platform participants can easily integrate Factorin with their core IT systems using an open API. Other participants can access the network without integration through either a web interface or a mobile app, which is crucial for small and mid-sized businesses.

Andrei Maklin, co-founder and CEO of Factorin, explained, “Blockchain enables you to create fundamentally new services and business models that cannot be implemented on traditional IT architecture. In 2020, this means traditional platforms are intermediaries that increase the cost of services and make money from their users’ data. The decentralized platform Factorin allows all participants to communicate directly with each other and decide what data is shared and with whom they share it. The demand for Factorin’s services, which are such a unique SCF product, is at an all-time high, which our continued fast growth ably demonstrates. Since January, the monthly turnover of financing processed through the platform has increased fivefold and in October amounted to over $165 million USD.”

The Factorin platform and its sustainable fast growth was built in partnership with the UK-based venture builder Digital Horizon, which creates breakthrough innovations for the financial market and other industries from scratch.

Factorin is the fastest growing B2B blockchain platform for supply chain and trade finance in Europe. The company was founded by Andrei Maklin in 2018. The platform was put in commercial operation in June 2019.

Currently, the platform is used by leading retail chains, as well as 37 banks and factoring organizations and hundreds of supplier companies, and is actively growing the number of satisfied customers served ever more globally.

Factorin has been involved in financing more than 665,000 shipments. 1.4 million transactions were processed by the 57-node network. Factorin is one of the companies in the investment portfolio of a venture company Digital Horizon. 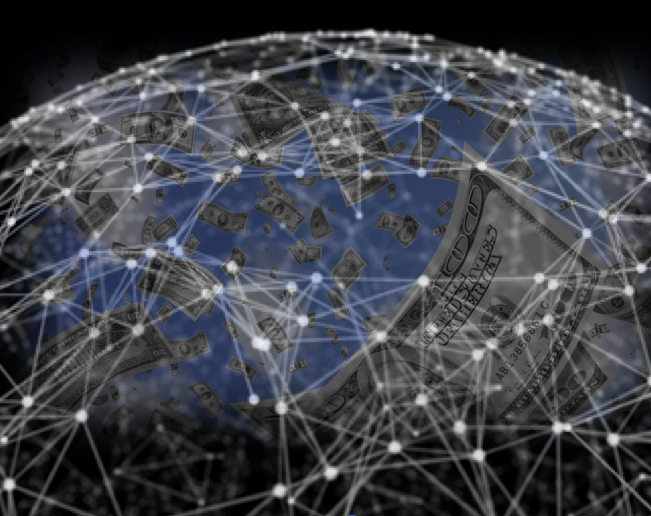 Mexico Ready to Take the Lead on the Oil Extraction Operations

Which Hedge Funds to Invest in 2015