On 21 March 2019, the Romanian Presidency of the Council and the European Parliament announced that they had reached a provisional agreement on the reform of the European system of financial supervision, which includes in particular the three European Supervisory Authorities (ESAs).

The reform of the operation of the ESAs has been high on the agenda of European policymakers since the Commission’s original proposal was made public in September 2017.

The Association of the Luxembourg Fund Industry (ALFI) has taken good note of this provisional agreement. Denise Voss, Chairman of ALFI, said about the reform: “Over the past 18 months, ALFI and the community of asset managers at large have engaged in a constructive dialogue with all stakeholders involved in this review. We welcome the balance that the final compromise strikes between further enhancement of convergence across Europe and recognising the key role that National Competent Authorities play in supervising their respective markets”.

While further work will be required after a final agreement is reached and the different texts are published, ALFI has made the following observations on three main subjects, which are critical to the success of the asset management and investment fund industry.

1. The final proposal does not foresee any role for the European Securities and Markets Authority (ESMA) in the direct supervision of investment funds (EuSEFs, EuVECAs and ELTIFs), which remain the competence of the National Competent Authorities (NCAs).

As set out in previous communications, ALFI has always taken the view that NCAs are best placed to know and understand their respective market’s offerings. Their close oversight of market participants and products guarantees the best and most efficient level of investor and market protection.

2. Nearly ten years after their creation in 2010 and in the light of a constantly evolving landscape, the proposal aimed to strengthen the governance and the powers of the ESAs, with a view to fostering regulatory and supervisory convergence. The final proposal includes provisions that reinforce the role of the ESAs in areas such anti-money laundering and the fight against the financing of terrorism, supervision of critical benchmarks and data reporting services.

3. Delegation and outsourcing are a common practice in many industries striving to serve their customers’ interest to obtain best-of-breed services and products. This is particularly true for the delegation of portfolio management for investment funds, which has been a cornerstone of the success of the European investment fund industry for more than 30 years.

Over the past months and on various occasions, policymakers across Europe as well as ESMA have confirmed that there is and was no intention to question the right to delegate portfolio management in particular. This is an important development and a positive response to a key concern of the investment fund and asset management industry.

The final compromise provides for the possibility to create coordination groups, which can be established upon the request by the Management Board of ESMA or by a minimum number of members of the Board of Supervisors. Such groups may tackle topics that potentially require coordination.

Ways in Which Fintech is Disrupting the Banking and Financial Services... 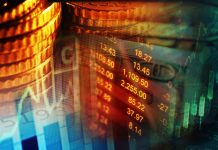 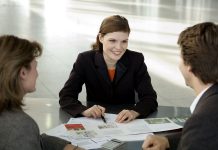