In yet another case of a company being lax in its FCPA (Foreign Corrupt Practices Act) controls, a California hi-tech firm failed to detect that its overseas agents were paying approximately $7.5 million in bribes over a five-year period in order to secure contracts worth $35 million. Sounds like a pretty good return on investment  until one considers that the gain was totally wiped out once disgorgement was added as a penalty in addition to the criminal fine. Officials in three foreign countries were the beneficiaries of the subsidiaries largesse.

Subsidiaries of the U.S.-based clinical diagnostic and life-science research company made improper payments to foreign officials in Russia, Vietnam and Thailand to win lucrative contracts with those countries. During a five-year period, the bribes were recorded on the books as legitimate expenses such as commissions, advertising costs and training fees. In some cases, the payments were disguised as commissions to foreign agents with fake Moscow addresses and off-shore bank accounts. However, such agents had no employees and no capacity to perform the purported services on behalf of the hi-tech company, and they were retained primarily to influence Russias Ministry of Health to win bids for government contracts.

Company managers repeatedly ignored various red flags indicating that Russian agents were likely bribing government officials, and they condoned an atmosphere of secrecy: Overseas managers communicated through at least 10 different personal e-mail addresses using aliases and sometimes referred to the commissions with code words such as bad debts. A subsidiary in Singapore allegedly sold products at a deep discount to Vietnamese distributors, who then passed along a portion as bribes; at a Thai subsidiary, agents inflated commissions that were then partially used to make improper payments. All of this should have sounded the compliance alarms at the company but apparently did not until the scheme had been underway for a long time.

According to Andrew J. Ceresney, director of the SECs Division of Enforcement:

[The respondent] failed to detect a bribery scheme and did not properly address red flags that such a scheme was underway. This enforcement action, which reflects credit for [respondents] cooperation in our investigation, reiterates the importance of all companies ensuring they have the proper internal controls to prevent FCPA violations.

Ultimately, the company self-reported its misconduct and extensively cooperated with the investigation. It agreed to pay $55 million  $40.7 million in disgorgement and prejudgment interest to the SEC and a $14.35 million criminal fine  to settle the SECs charges and a parallel action announced by the U.S. Department of Justice.

5 Marketing Gimmicks That Can Help Your Startup Grow 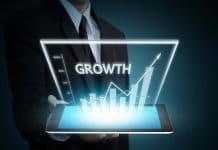 Seven Ways To Foster A Thrilling Career In Criminology