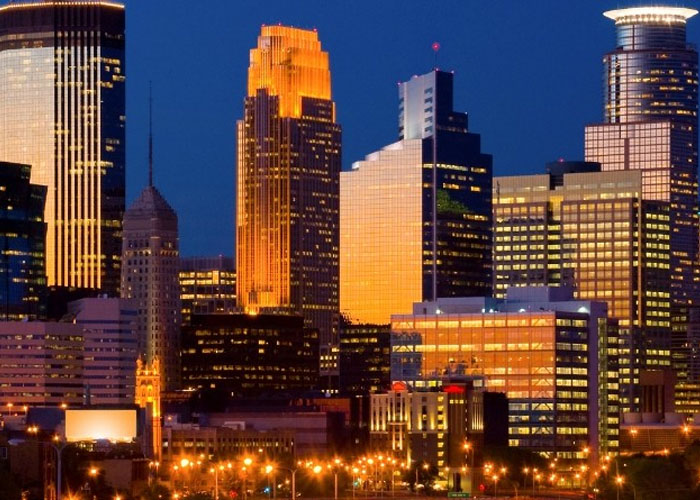 One of the biggest trends in the hedge fund industry recently has been the move towards making exposure to hedge fund strategies more accessible to retail investors. The first wave of mass-market hedge funds came from smaller, lesser-known operators without particularly impressive track records. However, now it seems as though the big boys are ready to wade in.

Pine River Capital Management – a hedge fund with a track record of double-digit returns and $14.8 billion in assets under management – is the biggest firm so far to dip its toe into the retail investment waters. Although the firm has a long tradition of accepting investment from multi-billion-dollar sovereign wealth and pension funds, until now there was no way for retail investors to gain direct exposure to their strategies.

Now, thanks to a new fund from investment bank Wells Fargo entitled ‘Alternative Strategies’ – for which Pine River Capital Management is one of the seven firms managing money – everyday investors can include hedge funds in their portfolio for as little as $1,000.

Of course, this isn’t a real ‘hedge fund’ as such – and the barriers for entry to those remain as high as ever. Instead, it is a look-a-like product known as a ‘liquid alternative fund’ that contains elements of hedge fund strategy, but with a few key differences.

The biggest difference, aside from the minimum investment and its availability to non-accredited investors, are the fees. Traditionally, the standard benchmark fee for hedge funds has been ‘two and twenty’, which means the firm takes 2% of the capital under management as a ‘management fee’ and a further 20% of any profits made that year. In contrast, the average annual fees charged by liquid alternative funds are just 2.75%, with no performance fee to speak of.

Many within the industry have expressed doubts about whether hedge fund strategies will work in a mutual fund structure. Hedge fund strategies tend to be illiquid, in that they require investors to keep their money invested for a long time, with big penalties for early redemptions. Mutual funds, by comparison, are much more liquid, with investors withdrawing money on a daily basis. This, it is felt, will negatively impact the effectiveness of hedge fund strategies, or even negate them completely.

“I love vanilla ice cream. I also love red wine vinegar. But when you pour the vinegar over ice cream, it tastes terrible,” said Anthony Scaramucci of SkyBridge Capital “That’s like trying to combine alpha and daily liquidity.” 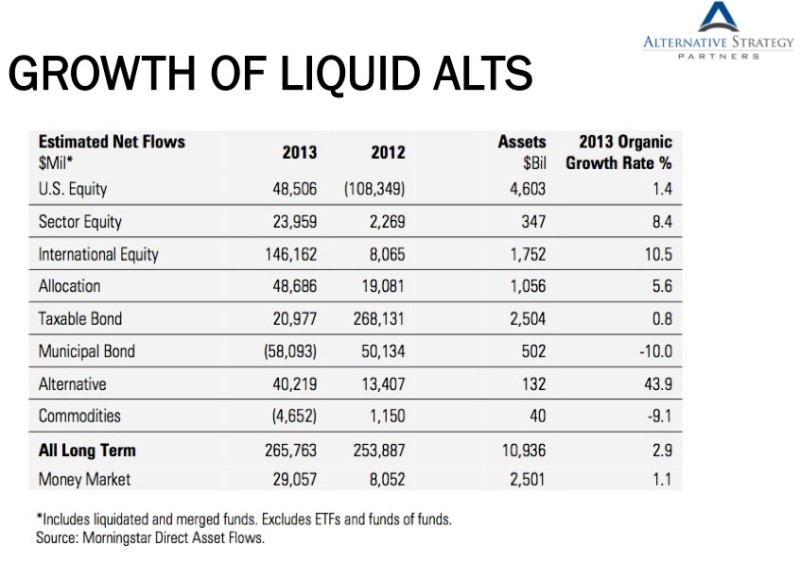 In spite of these widespread doubts, money is flowing into open-ended alternative mutual funds at an unprecedented rate. At the end of January, the fledgeling industry had a total of $142 billion in assets under management, according to Morningstar data, an increase of 44% on the previous year’s figure. A study carried out by consultancy firm McKinsey & Company has forecast that retail alternatives look set to make up 13% of all US retail fund assets by 2015, up from 6% in 2010.

Who are Pine River Capital Management?

Pine River was founded by Brian Taylor in a lakeside cabin in Pine River, Minnesota in 2002 with just $5.3 million in start up capital, and trades a mixture of stocks, fixed income, derivatives, warrants and listed investment vehicles. The firm since relocated to Minneapolis, Minnesota, and has offices in New York, London, Beijing, Hong Kong, Shenzen, San Francisco, and Austin.

Pine River really caught the eye of investors in 2009, when its fixed income fund returned a staggering 93% profit. Over its six-year existence, it has returned an average of 32.6% annually, and while 2013 was a tough year for most hedge funds, it still returned 10.2% – much more than the equivalent mutual fund – after gaining 34.8% the previous year. Pine River has also been named by Institutional Investor as the Relative Value Hedge Fund Manager of the Year for the past two years running. So, you can see why mutual fund investors are in such a hurry to gain exposure to the Pine River profit machine.

In the years following the financial crisis, the hedge fund industry has struggled to match the blockbuster returns of yesteryear, weighed down by new restrictions on the types of trades they can make and a hugely increased regulatory burden.

This increase in regulatory oversight has made the industry more attractive to institutional investors such as pension funds and sovereign wealth funds, which have even tighter regulatory restrictions of their own. With the stock market taking a massive hit in the financial crisis, institutional investors with allocations in traditional long-only funds began to see the appeal of using alternative investments to reduce their exposure to market risk.

However, with the stock market recovering strongly in 2013, most hedge funds failed to beat the returns of major stock indices such as the S&P 500, leading many of these institutional investors to question whether the high fees charged by hedge funds were really worth it.

“What was worth paying a 2 percent management fee and a 20 percent performance fee for a few years ago, isn’t worth it anymore,” said one un-named institutional investor in an interview with Reuters.

For private investors, it offers them a chance to tap into the returns that can be made from strategies other than the basic stocks and bond investments offered by mutual fund investments. However, only time will tell if this new breed of investment actually offers tangible advantages over this model. And if it does prove to be a success, it will surely heap more pressure on the high fees charged by ‘normal’ hedge funds, so it may be a risky move on the part of the industry. However, it is clear that many of the players within the industry feel it is a risk worth taking.

“Sub-advising portfolios in the (mutual fund) space is a new and diversified source of capital for a firm like ours,” said Pine River founder Brian Taylor in a press statement at the launch of the new scheme. “Like anything new, we are taking a measured approach, but we believe it could be a growing part of our business over time.”

Forex for Beginners – What do You Need to Know? 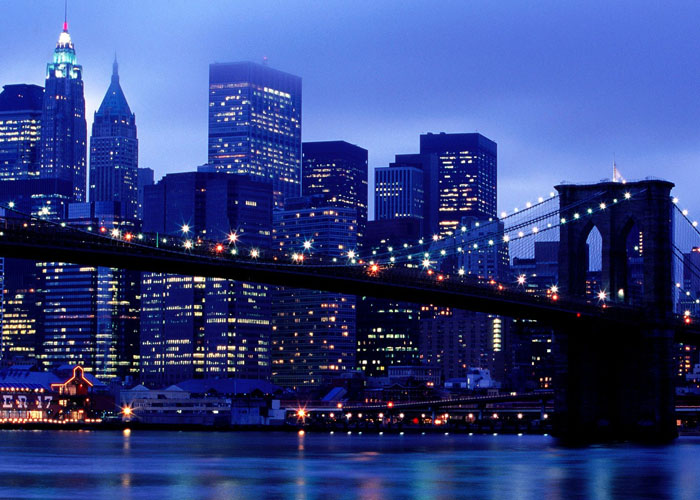