European companies raised a record-breaking €10.6bn of venture capital during the first six months of the year. However, deal volumes keep falling to only 683 rounds, which is a roughly 7% less than the same period last year.

According to analysis carried out by Refinitiv, the total raised during the first six months of the year marked an increase of 61% year on year. Despite the record-breaking deal values in the period, deal volumes continued to decline as only 683 rounds were completed in the first half. This is down 7% from H1 2018 and marked the slowest start to a year since 2009.

Greg Bauman, Manager, Private Equity Contributions at Refinitiv comments: “We’re seeing firms raising more money than ever from investors but at the same time, firms are becoming more selective and are preferring to invest in more established businesses.”

Late-stage companies accounted for 26 percent of total rounds in H1 2019, larger than any documented annual share. Information Technology (IT) remained the main recipient of VC investing in the first quarter by a wide margin, securing €8.4 billion, or 80%. This was followed by Life Sciences with €1.1bn and other sectors made up €1.0bn.

Outside investment continued to be one of the main driving forces behind the increase in expenditure, particularly from investors overseas, as funds based in the Americas supplied 31% of all equity from disclosed sources during the half, a share not seen since 2001.

European companies saw buyout and related deal values of €41.6 billion in H1 2019, down 19% from the same period last year but was still the third strongest first half in the previous decade.

A total of 624 buyout and related private equity deals were completed during the first six months of 2019. Despite a drop in values, these volumes were up 13% from the same period last year.As volumes increased, so too did PE’s share of all M&A activity, climbing to 8% in H1 2019, a level not seen since the first half of 2014.

Top European deals for the half was led by Merlin Entertainments, which received a recommended offer of €6.6 billion announced at the end of June. This was followed by the €4.3 billion, Cepsa, and €4.0 billion acquisition of Travelport Worldwide.

The global deal-making by European PE funds sustained a rapid pace in H1 2019, as investors joined 84 transactions valued at €21.9 billion, the strongest first-half since 2008.

About how the future looks like for the VC activity, Greg pointed out: “Venture Capital activity looks to be continuing at pace and looks likely to surpass the full year 2018 investment total by the end of September. This year is therefore likely to see the largest year since the dot-com era barring an unforeseen downturn.

On Private Equity, we are also seeing a strong deal outlook for the rest of the year which should make reaching or surpassing the 2018 tally is a real possibility.” 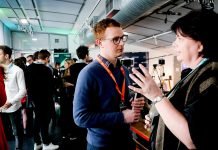