How Can Twitter and Google predict the stock markets? Advanced Insights based in a research sponsored by the ECB.

Market sentiment is going to be more and more a real time social media game. Twitter and Google are ta the moment the most powerful digital players adding to the big complex set up of financial and capital markets with its data velocity and algorithm / sentiment driven capacity of aggregation and leveraging big amounts of data.

This insightful research, probably the most influential done by researchers in the financial / investment world uses and data mines a Twitter dataset that is mainly acquired via Twitter Gardenhose, which consists of a random sample of public tweets (about 45 million tweets per day) during the period January 2010 to December 2012. It uses as well Google search query data were retrieved from Google Trends (http://www.google.com/trends/) in 2012; this provides weekly search volume data on all queries made after January 2004.

The values used for the study were dynamically scaled to the range of [0, 100], between volume peaks and troughs. Data from two investor sentiment surveys, the Daily Sentiment Index ) and the US Advisors’ Sentiment Report of Investors Intelligence (http://www.investorsintelligence.com/x/us_advisors_sentiment.html)
were kindly made available to the authors. All historical market data used in the research were retrieved from Yahoo Finance! ) in 2012.

Reviewing the lead lag relationship between Twitter and Google bullishness over time, the research team sought to understand whether these factors were linked or if when lead or lagged another. In undertaking this work it was found that Google bullishness figures are captured weekly, while Twitter bullishness is captured on a daily time series. This made it tricky to compare the two.

The way that this was done was by calculating the weekly mean of Twitter bullishness. As a result of this and of the researchers applying statistical analysis it was determined that there was a “positive and statistically significant correlation between Twitter bullishness and Google bullishness. To understand which direction this worked in the researchers looked in both directions and did an autoregression analysis.

Twitter bullishness has a statistically significant and positive influence on the change in Google bullishness!

Moving on to Twitter bullishness and stock market returns

Various indices were used in the study such as the DJIA, the S&P 500 and the Russel 3000 index. The Twitter bullishness prediction was checked against all of these major US stock indices. As a result it was indicated that Twitter bullishness on the previous day has both statistically and economically significant results for all of the different indices tested. This result was found to be consistent with the model on investor sentiment produced by De Long et al. in 1990.

The predictive value of bullishness was also tested on the other three countries of the study. Very similar results were found for Canada and the UK to the US results. In the Chinese market, as one might expect given the relative lack of use of the tool, Twitter bullishness was found to have a significantly lower predictive value.

This meant that the researchers had to use regression analysis to see the level at which Google bullishness on a weekly basis can impact market returns. The level and change of Google bullishness were not found to predict the weekly returns of some of the indices such as Dow Jones, FTSE 100, GSPTSE and SSE.

The researchers attributed this finding to the fact that Google Trends information was only available on a weekly basis. This made it difficult to unearth to the right level of detail whether Google bullishness has the anticipated impact that the researchers expected to see.

Conclusion and how social media – twitter and Google (for now) wil become even more important for markets and investors!

The majority of tradeable news stories concern things like profit warnings, growth forecasts, or policy decisions, and if you’re hearing about these via social media, it’s highly unlikely that you’ll be among the first to do so. However, the one thing that you can take from social media that isn’t available more reliably or quickly via other channels is the way in which people are reacting to events.

In many ways, this is more valuable than the announcements themselves, as it can act as a barometer of mass sentiment, and offer clues as to how the market might react in the longer term. The main issue with this is that you are limited by the accounts that you have chosen to follow and the amount of data that you can view at any one time. Market sentiment is a big-picture phenomenon, and trying to gauge it by viewing individual posts is the equivalent of looking at a map with a microscope.

This is where data mining comes in. This is an emerging technology that uses large-scale cloud computing power to analyse data resources that are too vast for a human to efficiently sift through, such as that produced by social media. The information produced by this process can then, in theory, be leveraged to help inform trading decisions based on market sentiment, and this is a theory that is gaining credibility by the day.

The first high-profile case of this approach came in early 2011, when Derwent Capital started a fund using the analysis of Twitter sentiment data to trade large stock indices. The fund made a 1.85% return during its first and only month of trading, after which it was wound down due to a lack of interest from investors. But while it wasn’t a complete success, it did at least establish the idea that social media sentiment could be used to drive profitable trading and investment decisions.

Dr Daniel Beunza, Lecturer in Management for the London School of Economics (LSE), said that while sentiment analysis presented was an “interesting concept” for traders, its full potential had not yet been reached. Perhaps.. nevertheless NYSE Tech has spotted opportunity.

Savvy industry participants, hedge fund managers are already using NYSE Technologies’ market data feeds such as SuperFeed and SFTI network to get social media market sentiment statistics, following a deal between NYSE and specialist company Social Market Analytics. Given the rising importance of social media sentiment its no wonder the entire financial and capital markets industry will have to take this into consideration and work side by side with their general social media strategies an additional and more powerful layer of social media trading reporting and sentiment analysis for markets and investors.

Another interesting study to look and add to this discussion is this: Data Mining Methods in Twitter, by Wendi Zhu, Presented at Data Science MD March 17, 2015

All of this provides interesting food for thought for traders. It will be interesting to see if additional studies are carried out that mirror these findings, or show them to be the case in other countries as well in the future.

Can Twitter and Google predict the stock markets? The ECB thinks so! Part 1

Trading Psychology And The Skills For Becoming A Successful Trader 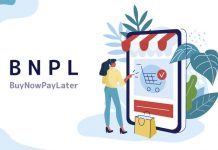 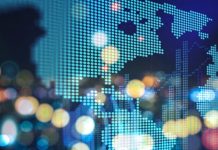 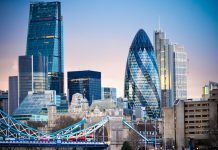