Bitcoin, Cryptocurrency, virtual money, Litecoin, Blockchain and so on… You may have heard these terms, but do you know what they mean?

To be fair, like the technology behind it, it’s a complicated topic and it helps to get the jargon right: Bitcoin like Ripple and Litecoin and a growing number of other names (as of December 2015 there were more than 700) are cryptocurrencies (, which in turn is a subset of alternative currencies, or specifically digital currencies). Amongst these, Bitcoin is simply the oldest decentralized currency and was published in 2009. Bitcoin is also the largest cryptocurrency in terms of market capitalisation and volume.

Bitcoin transactions are validated through so called miners, a network of users, who donate their computer power in exchange for the chance to gain additional bitcoins. Bitcoins are created at a decreasing and predictable rate, since the number of new bitcoins created every year is automatically halved.

This continues until the supply of bitcoins reaches an eventual 21 million bitcoins in existence. This capped supply is known to the public and as a store of value it means that bitcoins are inherently deflationary. It also means that there is no government or central entity to make discretionary decisions about how much currency to create or attempt to defend it through monetary policy actions.

The price of bitcoin and any other cryptocurrency that follows these principles is determined by supply and demand. Given the relatively small market in comparison to traditional currencies, minor transactions can have a significant effect on the market price and therefore the price of cryptocurrencies tends to be very volatile, which is one of the reasons bitcoin has got its fair share of bad press.

Another point of criticism is the absence of regulation and thus the lack of consumer protection or the potential use of criminals to evade taxes or launder money. A prominent example that supports the claim for regulation was the bankruptcy case of the then largest global bitcoin exchange, Mt. Gox, in 2014, which had lost close to $500 million worth of customers’ bitcoins, or the use of cryptocurrencies on online black markets like Silk Road, to name two.

The discussion on the if and how to regulate cryptocurrencies is on-going in many jurisdictions. One of the few related legislative acts that have already been introduced is, for example, the New York BitLicence, under which a company dealing in cybercurrencies can obtain a licence to operate in the state of New York (for more information see here). However, even without specific regulation for cybercurrencies, the use of bitcoin and the like are subject to existing legislation in several jurisdictions, and further articles will focus on this and regulatory developments in this field.

This is a post by Jochen Heussner. Jochen is a qualified lawyer and has been working in the financial industry for more than ten years, building a strong reputation in investment banking and alternative finance. He is also Editor-in-chief of ComplianceManager.Online, a leading platform for news and analysis on regulation in the financial industry.

Which banks are involved in Bitcoin industry?
5 Bitcoin Trends That Changed The Currency Forever
Mt. Gox Closure – The End of Bitcoin, or a New Beginning?
The cryptocurrency evolution
Anti-Money Laundering and Crypto Currencies 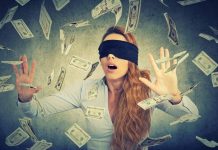 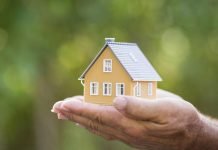 What is Inheritance Tax and IHT Relief, and Do I Qualify? 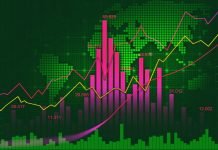 How To Trade On Forex: Everything You Must Know