It has been spread all around the crypto-world that digital currencies and their consequently derivative products are walking on the tightrope, with its most well-known asset, Bitcoin, coming from an outstanding exchange rate of $19,000 a BTC, in December last year, to the current $3,235.76 that is traded now against the US Dollar. And beyond those who think that crypto might be living on borrowed time, a new research by the University of Cambridge finds otherwise, as what has experienced this volatile market this year is a sign of maturity and, at last, the much needed government attention to set its limits in terms of security and regulation.

Know Your Customer (KYC) refers to due diligence activities that financial institutions and other regulated companies must perform to ascertain relevant information from their clients for the purpose of doing business with them. Anti-Money Laundering (AML) refers to laws or regulations designed to stop the practice of generating income through illegal actions. Regulated financial services providers are responsible for the implementation of internal KYC and AML policies.

As such, a roughly 37% of cryptoasset-only service providers have an in-house compliance team and more than half perform KYC/AML checks. While an average of 14% of KYC/AML checks result in service providers not opening new accounts or closing existing accounts, some firms claim figures between 50% and 80% – well above comparable traditional finance benchmarks. Additionally, the majority of surveyed companies rely on traditional services for third-party support in conducting KYC/AML checks rather than specialised blockchain analytics providers.

Given the background of being built by non-explicitly financial players, it is a sign that main crypto service providers are adapting as fast as they can to the current financial game rules.

Indeed, and as the study found, there are active efforts at industry self-regulation, with most of entities collaborating with regulators and policymakers to address regulatory issues. This can be seen as, while only 5% of surveyed cryptoasset-only service providers hold an operating license for their jurisdiction, as opposed to 39% of fiat-supporting entities, the study found that the 30% of cryptoasset-only service providers are planning to apply for a license or register with local authorities. This again reflects the industry’s willingness to proactively engage with compliance.

Compliance that has come this year from different institutions worldwide in the shape of drafts and ongoing regulatory projects that have had a irrefutable measurable impact on operations: up to 38% of fiat-supporting service providers have closed a location as a result of regulatory actions.

Other key highlights of the findings include:

All of these new findings reflect “the growing maturity – and recent cooling off – of an industry that experienced huge growth in 2017. The aggregate market capitalisation of cryptoassets skyrocketed from $30 billion in April 2017 to more than $800 billion at its peak in early January 2018, until coming down again to hover at around $200 billion,” was explained in the study.

The annual survey by the CCAF provides a systematic empirical analysis of the rapidly evolving cryptoasset ecosystem, illustrating the structure of a dynamic industry composed of four key segments (mining, storage, exchange, and payments) that collectively grew more than 160 per cent in 2017. The analysis is based on non-publicly available data from more than 180 startups, established companies, and individuals covering 47 countries across all world regions.

This year’s edition of the study uses the term cryptoasset rather than cryptocurrency in the title. 2017 has seen a tremendous explosion in the number of tokens that have been issued on top of existing platforms rather than coming with their own, custom distributed ledger. This trend requires expanding the vocabulary to move the discussion from cryptocurrencies to the broader term of cryptoassets, which appears to have become the commonly-accepted umbrella term when referring to the ensemble of (public) blockchain-based tokens, including, of course, cryptocurrencies. 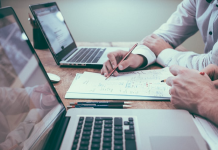 How to Ensure Web Accessibility for Educational Websites and Resources? 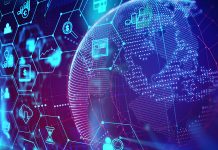 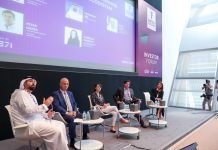