In the final part of our series on the top 50 biggest hedge funds in the world, we take a look at the true behemoths of the hedge fund industry, some of which are large out of choice, and some of which have no option but to continue growing despite the increasing evidence that bigger may not be better when it comes to hedge funds. Our number one will surprise nobody with even a passing knowledge of the industry, but the changing landscape of the hedge fund industry – particularly the downsizing trend – means that we can expect this list to change quite substantially when we get round to it next year.

Founded in 1988 by David Shaw, D.E. Shaw & Co were among the pioneers of using quantitative analysis to inform investment choices and make trades automatically. To this end, he employed a variety of physicists, mathematicians, and other scientists to build and implement complex proprietary investment models and trading technologies to profit from the financial markets. In the intervening years, the firm has grown into one of the biggest hedge funds in the world, investing assets of $23.4bn across 14 different strategies.

Winton Capital Management has its roots in the large-scale quant fund AHL, which was founded in 1987 and was bought out by Man Group in 1989. The founder of Winton, David Harding, was the ‘H’ in ‘AHL’, and like many in the quantitative trading field, has a scientific background, having trained as a physicist. Harding, who has used his middle name for his new firm, was an early pioneer in the commodity trading adviser (CTA) field, and this technology proved to be very useful during the 2008 financial crisis, capitalising on the surge in market volatility and price trends in futures markets. Today, Winton is the biggest managed futures firm in the world, with $25.7bn under management.

Although BlackRock has long been the biggest money management firm in the world, it did not get involved with the world of hedge funds in a big way until the December 2009 acquisition of Barclays Global Investors for $13.5 billion. This move put BlackRock into the top ten biggest hedge fund firms in the world, where it has remained ever since. Although it began managing hedge funds back in 1996, it has only become a major player through a series of acquisitions, the BGI deal being the most significant of these, and it now has assets of over $26.6bn.

Seth Klarman‘s Baupost Group is one of the most unconventional hedge funds around – and also, not coincidentally, one of the most successful. Unlike most hedge funds, Baupost largely avoids the use of leverage, prioritising liquidity instead, is heavily biased towards long trades, and holds an average of a third of its portfolio in cash. It also deviates from the standard ‘two and twenty’ fee structure by charging a management fee of just one percent, and these factors – together with Klarman’s genius as an investor – have made Baupost one of the most successful hedge funds in the world, with $26.7 billion in assets.

The oldest company in our list, the Man Group dates back to the 18th century, having been founded in 1783 by James Man as a barrel-making firm, and landing a contract with the British Royal Navy to supply rum the following year. These days, it is better known as the biggest investment management firm in the UK, with 225 years of trading experience and over 25 years in the hedge fund industry. It has struggled in recent years, however, with its flagship futures-focused fund AHL – once the biggest hedge fund in the world – having performed well below par for several years, and its fund-of-funds business also falling behind the pack. As a result, the firm has dropped three places in the last year, with assets under management falling from $36.5 billion to $29.6 billion between 2012 and 2013.

As one of the few publicly-traded hedge funds in the US – and the only one in our top ten – Och-Ziff Capital Management has different obligations to the majority of hedge funds. For starters, it has been unable to join the trend of scaling down assets in an effort to produce greater returns, as this would not be in the interests of its shareholders. Also it is obliged to have far greater disclosure than the majority of secretive hedge funds due to the regulatory oversight required by the stock market, such as disclosing quarterly earnings and revenues. However, it remains one of the most popular – and largest – hedge funds around, mainly due to the successful nature of founder Daniel Och’s conservative investing style, and has grown from a $100m fund in 1994 to having $31.9bn under management in 2013 – an increase of $3.1bn from the previous year.

Having started out on the derivatives trading desk at JP Morgan in the 1990s, BlueCrest Capital Management founders William Reeves and Michael Platt launched their own firm in early 2000 with just $117m in capital. In the intervening years, it has grown rapidly, evolving from a multistrategy hedge fund into one of the biggest computer-driven hedge fund firms in the world with a winning combination of solid returns and rapid asset growth. Its reputation was sealed in 2008, when its flagship BlueTrend managed futures fund made bumper profits at a time when most funds were posting record losses. Its trend of explosive asset growth continued last year, with capital growing from $28.6bn to $35.3bn, jumping 4 places in the process.

While most hedge funds have struggled to balance asset growth with returns – usually sacrificing one in order to boost the other – Brevan Howard seem to have pulled of the trick of maintaining solid returns while the assets under management have grown to a staggering $40bn. Although Brevan Howard employs a multi-strategy approach, the majority of its capital is invested in its flagship global macro-focused Brevan Howard Master Fund, which has $27.48bn in assets. Since its launch in 2003, the fund has enjoyed consistently strong returns and has never had a losing year, and had particularly strong years in 2008 and 2011, when most other hedge funds were posting losses.

Investment banking giant JP Morgan entered the hedge fund fray in 2004 with the high-profile acquisition of global multistrategy firm Highbridge Capital Management for $1.3 billion, eventually building up a 100% stake by 2009. From having $7.4 billion in assets at the time of the takeover, Highbridge’s assets have since multiplied by nearly 400% to $29 billion. Not all of the credit for Highbridge’s growth can be put down to the efforts of JP Morgan Asset Management however, as much of it can be attributed to further acquisitions, particularly that of leading Brazilian investment bank Gávea Investimentos, which had one of the best and longest macro records in Brazil, and was one of the best-performing emerging market hedge funds in 2013.

The epitome of the increasingly-unpopular ‘bigger is better’ ethos, Ray Dalio‘s Bridgewater Associates has clung on to the number one spot despite some less-than-stellar performances over the past couple of years, some would argue by sheer dint of its size and status as the world’s biggest hedge fund. Much has been written and said about Ray Dalio, with some hailing him as a messiah of corporate culture worthy of comparison with the great Steve Jobs, and others decrying him as the hedge fund equivalent of Charles Manson.

Certainly, his insistence that everyone that works for him reads his 123-page self-published corporate management ‘bible’ Principles, coupled with his insistence on a confrontational, ultra-competitive culture within his organisation would hint at the latter being the case, but the impressive performance of his fund over the longer term suggests that there may be method in his madness. Certainly, investors seem to have a great deal of faith in his firm, and with over $83 billion under management – $30 billion more than the nearest competitor – Bridgewater is as close as they come to being a ‘blue chip’ hedge fund management firm.

The Benefits of Signage for Your Business 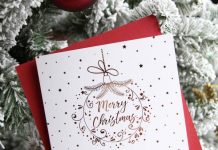 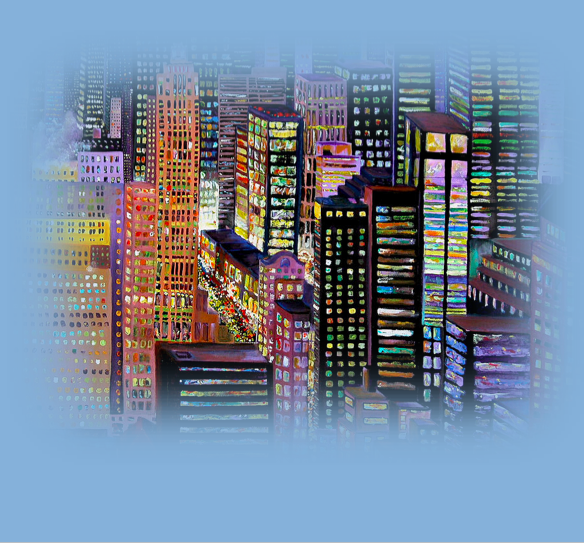