The release of the Consumer Price and Producer Price data indices pushed the Dollar around last week. Initially the Dollar was pushed higher on Wednesday as rates jumped following the higher than expected CPI data being reported. As the week came to a close the Dollar then lost its upside momentum with the news release of surging PPI data. The equities markets were similarly whipsawed with a huge selloff in US stocks on Wednesday followed by a recovery at the end of the week. As a consequence of this recovery, global equities were also lifted through the weekend leading to markets starting the new week on a stronger footing.

In this week ahead, investors will be monitoring how the Dollar will absorb the news following the higher than expected CPI data. The initial jump in rates has a positive impact on for Dollar strengthening, however this momentum is fairly short lived. Therefore a sustained period of Dollar growth must coincide with higher US rates in both relative and absolute terms. Analysing this from a technical viewpoint, the Dollar Index has not closed above its 20-day moving average in over a month. This is the current pattern despite the periods of positive momentum play. In comparison the Euro had risen last week to its highest levels again the Dollar in over 2 months.

The key data for the week ahead starts with the reports on China’s Industrial output on Monday, with expected growth to reach levels just under 10% year on year. Risk appetite will likely be boosted following any upside surprises. The meeting report from the RBA on Tuesday may give some insight on future hints of policy tightening. Inflationary pressures on commodity-based currencies can surface since the commodity market is on an upward trajectory. Similarly, inflation data is being reported by the UK and Eurozone on Wednesday. Ending the week, the US releases unemployment claims and Germany and the UK reports on business activity. 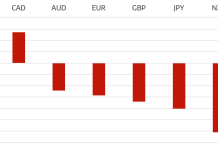 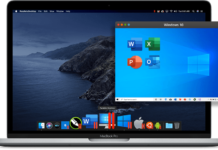 Security Lessons That Every Mac-Based Fintech Business Should Follow 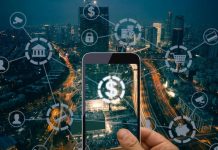 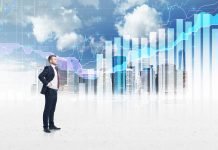