As the algorithms and data-driven methods continue to develop, venture capitalists are becoming more interested to invest in artificial intelligence startups providing the most beneficial solutions. According to data gathered by BuyShares.co.nz, the total amount of funds AI startups raised over time reached $61.6bn in the second quarter of 2020, a 35% increase in a year.

In 2010, artificial intelligence startups worldwide raised a total of $277.3 million in funding rounds, revealed the CrunchBase data. In the next three years, this figure jumped to over $1bn for the first time.

With the increasing number of investments in companies providing artificial intelligence solutions, the total funding amount reached $26.6bn in the second quarter of 2018, a tenfold increase in eight years. Statistics show that 2019 has witnessed the most significant rise in the value of investments, with the total figure growing by $19.1bn and reaching $53.6bn at the end of the year.

Increased investments into artificial intelligence companies continued in 2020 with the total amount of raised funds growing by $8.2bn from January to July, despite the slowdown in venture capital funding caused by the COVID-19 pandemic.

In February 2020, the Chinese autonomous vehicle startup Pony.ai announced it had raised $400 million in a funding round from Toyota Motor Corporation, the most significant investment in 2020. Last year, the two companies allied in testing autonomous vehicles on Chinese public roads using Toyota’s Lexus vehicles piloted by Pony.ai’s self-driving system. The company will use the new funds to deepen the collaboration with Toyota on self-driving technological development, while making a push into mobility services in China.

In March, Chinese big data company MiningLamp raised $300 million in a round led By Tencent and Temasek, the second-largest investment this year.

Analyzed by geography, North America represents the leading region with a total of $33.7bn worth investments in artificial intelligence startups. The US companies raised more than 95% of that amount, with California, San Francisco, and New York as the main hubs.

The full story can be read here: https://buyshares.co.nz/2020/07/21/artificial-intelligence-startups-raised-61-6bn-in-total-funding-a-35-jump-in-a-year/ 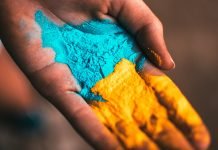 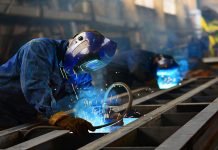