The risks that impact any market extend across a continuum from extremely low impact and extremely high risk, like the rain, to extremely high impact and low risk, also called a black swan event. The study of events toward that end of the spectrum has become common place since the 2008 financial crisis, but there’s still a lot of mystery in the black swan, an attribute which may be essential to its make-up. 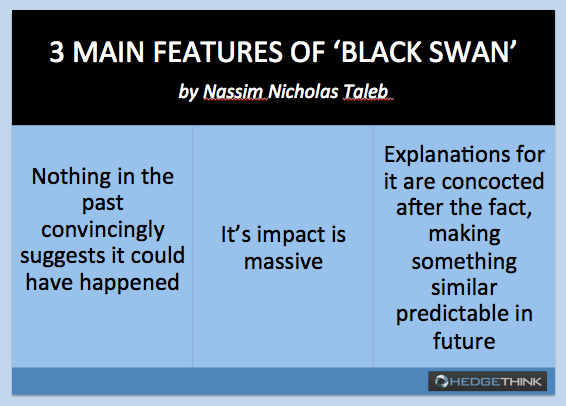 Being so far outside the human mental, and in modern times computer, models of the world so as to be unthinkable, but happening anyway is what a black swan event really entails. It’s not the same for everybody, and its effect depends on the model of reality, or markets, that you’re working with.

For Irish bond buyers, the effects of the 2008 financial crisis on Europe were a black swan. For oil traders OPEC’s decision to let the price collapse acted as the same. For the Saudi’s however, that was the expected result. A black swan event is subjective, but, even in those terms, the meaning is often contorted and abused.

The twisting of the swan
Much like the traditional “bad winter” or the more recent “poor European demand,” the term “black swan” has become a favorite excuse of companies facing difficulty. Not predicting something is not an absolution, it means you need to update your model of the world. If it keeps happening to a certain manager, they may not be the best person to develop those models.

An excuse for poor returns won’t turn your numbers around. Developing better risk assessment is key to reducing the occurrence of events outside of your mental models. If you keep getting blindsided, or you’re investing with someone who blames something similar, you should realize that not everybody meets unpredictability as often, and a strategy at lower risk of these events might be preferable.

Twisting the meaning of a phrase will have no effect on performance. In order to better adjust, better risk management is needed. In the wake of the financial crisis, major investment firms have poured money into just that, though the level of their success is debatable.

Effective risk management
Finding and preparing for the black swan eliminates it. If it’s now inside of your mental model it has been accounted for and is no longer unpredictable. Everything is a matter of cause and effect. Start off with the effect you’re looking for, normally mounting to a percentage return, and follow the possible causes of catastrophe backwards until you are able to see the remote, unlikely causes that could undermine your goal wholly.

Remember that entropy makes black swans more likely. The more moving parts in a system, the greater number of extremely unpredictable events there are out there. In an interconnected system like the capital markets, just one of these can have a knock on effect for the entirety, meaning that the total risk is cumulative.

For example, a collapse in the price of oil last year sent European deflation below zero. This was a proximate cause for the central bank’s quantitative easing intervention in the markets, which itself caused a decision by the swiss central bank to no longer support the Franc against the Euro.

If you were invested in Croatian banks, this was a black swan which caused the government to put currency limits on certain loan repayments, and could have further, and even less predictable results.

However, and sticking with the case of Croatia, you may not have been able to predict the drop in oil prices or the Swiss National Bank’s change of mood, but you could have predicted that a change in the Franc/kuna rate would force the government to intervene or increase the number of non-performing loans Figuring out what could possibly push that rate up may have lead an intrepid investor to a study of Swiss National Bank policy, and the prediction that the rate could change at any time, with any event in the background to blame for the Swiss decision. Whether they think this risk is high enough to change their portfolio depends on how they manage their assets as a whole.

Killing the black swan
By definition you can never kill the black swan, unless your apotheosis touches divinity. You can, however, make the trouble-maker a lot less common, and remove it as an excuse.

Currency trading houses, who were closer to the change in SNB policy, and therefore should have had an easier time predicting it than Croatian bank shareholders, failed to do so completely and many of them will cease to exist as a result. Quality risk management can, theoretically, reduce the effect of the black swan, but when those in the financial industry are falling to such occurrences it’s difficult to assert the effectiveness of such policies.

Improper preparation is not the same as a black swan. Unpredictable events will always exist, but you’re better off not invoking them at every conceivable turn. The only truth about a black swan is that next time it will be different.

How risky is investing in a time of Climate Change Part... 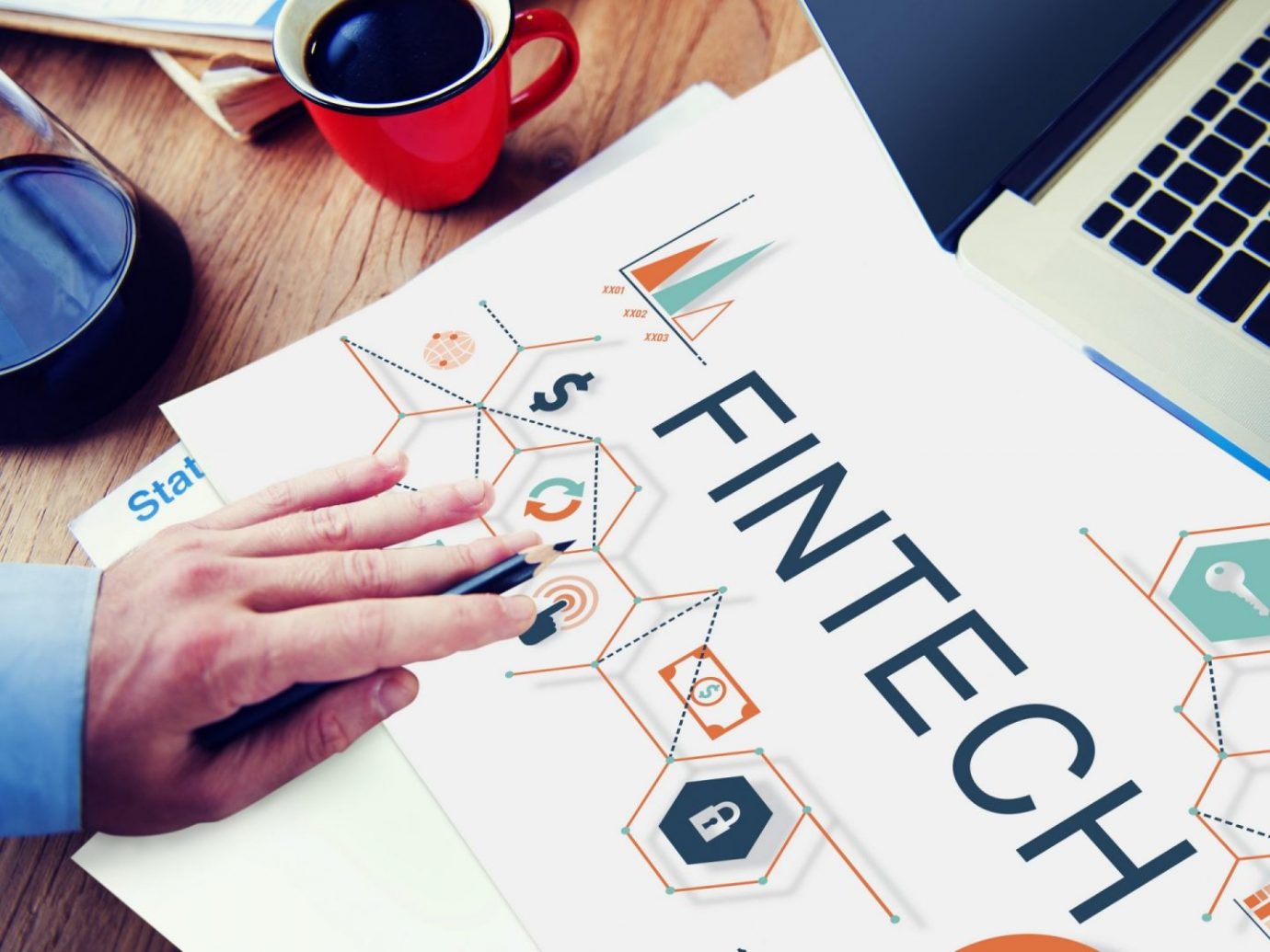 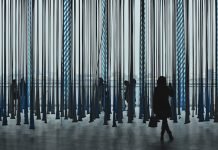 These 5 Women Investors Are Boosting The UK Economy