The UK Financial Conduct Authority are looking to drastically reform overdrafts in banks and building societies. The new rules, which will come into effect next year, mean that banks will no longer be able to charge fixed daily or monthly fees for overdrafts.

With 33 million people relying on unplanned or planned overdrafts each year, this shake-up looks to make the banking feature fairer, simpler and easier to manage. The new rules also mean that there will no longer be higher fees for unplanned overdrafts than for arranged ones, banks will be required to charge a simple annual interest rate on all overdrafts and, to help consumers compare various products, overdraft advertisements will need to come with the interest rate clearly displayed.

Sajedah Karim, UK FS Partner, EY said: “FCA’s announcement confirms banks will have to fundamentally reassess their pricing structures and considerably increase clarity on the cost of overdrafts. This will cost the banking industry. The FCA’s figures show it expects a 96% fall in the charges applied to typical unauthorised borrowing of £100 (from £5 to less than 20p). This will clearly impact the £2.4bn in revenue that banks receive from arranged and unarranged overdraft fees and charges.  Lowering rates whilst continuing to make existing current account propositions viable will be a difficult balancing act for banks. Notably, the FCA makes no new comment on the future of free banking.”

The decision has been received with some sort of resignation by most banks, which in 2017, made more than £2.4billion from overdrafts, though they have started to implement the changes required by the FCA. Given the magnitude of the decision, moving the implementation date from December to April 2020 will be a welcome window in which firms can refine their overall propositions.

“Requirements on firms to monitor progress and provide additional information on pricing changes are a further ramp up in expectations. This adds to the operational impact and will need to be carefully managed across the industry to ensure the remedies have the intended results,” continued Mr Karim.

From the consumer’s perspective, the decision is more welcome as it will ease and facilitate personal finance. A recently released research from FairMoney has shown that 17% of Brits – equating to 9 million people – feel abandoned by the UK’s high-street banks and a 20% of Brits – 10.5 million people – think that they’re in the worst financial position that they have ever been in.

A ‘radical package of remedies’

The regulator has been quite clear about the approach it wishes to take for some time: overall lower costs, better transparency to promote choice, engagement with repeat usage customers, who rely on overdrafts over the long-term and less reliance on revenue from the most vulnerable. The changes are in line with expectations and, as well as delivering a ‘radical package of remedies’ – as Sajedah Karim put it. They provide a clear signal on the FCA’s stance on vulnerable customers.

On the other hand, Dr. Roger Gewolb, Executive Chairman of fair price comparison site FairMoney, couldn’t hide his enthusiasm about the FCA decision: “I think these reforms are a good move by the Financial Conduct Authority and more changes should be made to ensure that finance is fairer for all. It is imperative that consumers are at the heart of every decision made in the sector as they will be the ones affected and our research shows that nearly a fifth of Brits feel abandoned by high street banks. This is especially true when it comes to overdrafts and loans as the people who rely on these are often the most vulnerable people in society.”

Matthieu Annenkov asserts that ‘cryptoluv’ is public on both Opensea and... 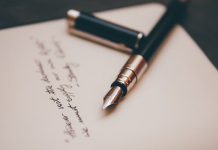