This is a guest post from JP Integra Group, an international financial services group serving international businesses, individuals, investment managers, family offices and their legal and tax advisors. The company is Headquartered in the Cayman Islands with operating companies in the UK, Switzerland, Singapore and associated companies in the USA and New Zealand, JP Integra provides operational, administrative and management services to owners and managers of international private capital.

The JP Integra brand represents a highly focused, experienced and integrated group of companies with each company contributing specialist services to assist clients with structuring, managing and administering their capital in a wide variety of international investments.

At JP Integra, we are currently engaged in establishing a collection of related investment and management vehicles to enable a solar power project in West Africa. The principals of the management company which owns the technological know-how are from Europe and South Africa, the investors providing the funding are from South Africa, Europe and Asia and the operatives are from Ghana. As a result of investment in this project, citizens of Ghana will benefit from the most innovative technology available to harness electricity from the sun, the investors will get a return on their investment and numerous citizens in numerous countries will benefit.

Does it matter if a financial centre is referred to as an OFC or an IFC?

Well, in the current political and economic climate names seem to matter. This is because one person’s OFC is another person’s tax haven. A tax haven is generally defined as a place where tax rates are very low and where little or no financial information is shared with foreign tax authorities: low taxes and secrecy being the defining business characteristics of the jurisdiction. OFCs are not homogeneous, there are substantial qualitative and quantitative differences between them, but if you wish to draw a pejorative distinction between an international financial centre and a tax haven, then it is much easier to do so if you can first distinguish between an IFC and an OFC. IFCs generally exist in the onshore world of states with large economies and populations and political clout whereas OFCs are generally small states or territories with numerically inconsequential populations. OFCs are in the minds of many synonymous with tax havens and tax havens, as everyone knows, are bad. They are, to quote another famous author (Somerset Maugham) “sunny places for shady people”.

It is tempting to many a politician or social justice campaigner to conflate (sometimes ignorantly and at other times purposefully) a variety of concepts and places in order to make a point. Secrecy and confidentiality, OFCs and tax havens, tax avoidance and tax evasion, etc.. It may not be realistic to win over public opinion when there are so many nativist, protectionist and anti-globalisation sentiments being propounded at present, but it is important for those of us who are engaged in providing advice and services to private funds, wealth managers, commercial businesses and others engaged in international investments to remind our clients and ourselves of the benefits of using a well-regulated IFC or OFC.

“What’s in a name? That which we call a rose by any other name would smell as sweet” (Romeo and Juliet). The point that Shakespeare’s character was making was that the essence of the object is what matters rather than its name (or in the particular context of Romeo and Juliet, the surname).

In both an IFC and an OFC there is a concentration of financial institutions through which domestic and international transactions are conducted. There is typically a difference of scale between an IFC and an OFC and, as a result, domestic transactions tend to constitute a small proportion of overall transactions structured in an OFC. However, in the globalised and digital world geographic terms such as “offshore” and “onshore” seem rather anachronistic, especially when many of the leading financial centres, such as the City of London, New York and Singapore conduct so much of their financial business for non-domestic clients. Luxembourg and Switzerland are both landlocked countries and so are physically onshore, but they are commonly referred to as OFCs.

The Cayman Islands – a leading OFC and IFC

The Cayman Islands (Cayman) is, by any measure, a leading OFC. It is also an IFC. Cayman is home to more than 100,000 companies that invest in goods, services and property in every conceivable service line and geographic location in the world. The owners of those companies are themselves widely dispersed and come from every continent. Cayman is a leading centre for, amongst other things, alternative investment funds, captive insurance, ship registrations, asset holding structures, trusts and joint venture vehicles. The owners use these companies (and partnerships and trusts) in order to invest (directly or indirectly through pooled vehicles such as funds) in businesses that provide goods and services to the “onshore” world.

The structuring, legal and administrative expertise in Cayman has enabled an opportunity and a need to meet to the mutual benefit of all. Would this have happened without the interposition of a leading OFC/IFC such as Cayman? Almost certainly not. Investors need a vehicle and a tax neutral jurisdiction in which they can be confident that their investment will be safe, that has an established judicial system, that is politically and economically stable, that meets the highest standards of anti-money laundering and financial services regulation and in which there is experience and expertise to structure, establish, manage, administer and audit the investment and management vehicles.

So, if using an OFC/IFC enables international capital flows that result in worthwhile projects being completed and thereby overcomes a parochial and inherently unfair (to the emerging economies which lose out) first world investment bias, then what is all the fuss about? Leaving aside the political matters of social and economic policy and geopolitical jostling between trading blocs and nation states, there are a few guidelines that will assist owners, investors, advisors and fiduciaries in deciding where to structure and deploy their investments and asset holding structures.

As Juliet remarked what is important is the essence of the thing rather than its name. The recent hubbub surrounding OFCs which conflates them with tax havens, and in particular the furore caused by the “Panama Papers”[1] provides some useful considerations to bear in mind when choosing between (and differentiating between) an OFC such as Cayman which is in essence an offshore IFC and an OFC such as Panama to ensure that you are choosing an international centre based upon substantive matters rather than a naming convention, whether it be complimentary such as IFC or pejorative such as OFC/tax haven.

What to do in order to efficiently structure your international investments

An OFC and an IFC can be different names for the same entity: a financial services centre that imposes little or no tax on the financial products that are structured and administered in the centre and which enables international investment. To paraphrase and butcher the words of the Bard of Avon “That which we call a well-regulated offshore IFC by any other name would work as well”, but we should choose our words carefully and not confuse an OFC associated with a type of hat with an offshore IFC associated with the highest standards of international cooperation, stability and expertise. Even one named after a semi-aquatic reptile. 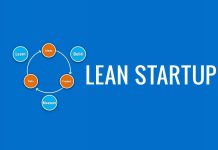 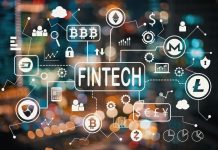