Global financial markets are feeling more confident, but investors must avoid complacency, warns a leading analyst at one of the world’s largest independent financial advisory organisations.

Mr Elliott comments: “There is some reassuring economic data from the U.S., namely the August non-manufacturing ISM index of business confidence.

“Investors are conscious that the current U.S. economic cycle is the longest on record and many are looking for issues that might induce a recession. Some analysts point to falls in U.S. second quarter corporate earnings and capital spending as a potential trigger, others place greater emphasis on the risk to the U.S and the global economy of the U.S – China trade dispute.”

Furthermore, Mr Elliott says the pound’s volatility is set to continue as the risk of a no-deal Brexit has diminished.

He states: “Prime Minister Boris Johnson’s authority has weakened, and it appears likely he will be forced to seek an extension to Article 50 beyond 31st October.

“The currency’s recent volatility, with several days of swings against the dollar of over 1 per cent in late August and early September, looks set to persist.”

deVere’s International Investment Strategist goes on to say: “While some ultra-bearish analysts suggest the pound could fall to $1.00 on a no-deal Brexit others suggest a floor of around $1.09.But we might also see a strong rally in sterling if the anti-Brexit Conservative rebels and opposition parties continue with their recent successes in confounding Johnson’s Brexit plan. A return to levels around $1.50 may be possible if the UK eventually abandons Brexit, given the likely surge of investment and pent-up spending that would boost economic growth.”

Mr Elliott additionally mentioned that Boris Johnson’s attempt to stop Parliament passing a law preventing a no-deal Brexit, through proroguing Parliament, has failed. So too has his attempt to have a general election this side of 31st October, on the binary choice of ‘support my no-deal Brexit or have Jeremy Corbyn for Prime Minister’ as the PM put it. Meanwhile his attempts to strike a new deal are regarded by many as a slight of hand, with no new proposals made to solve the Irish backstop issue that will meet the EU’s minimum requirements.

“Indeed, the government’s chief negotiator in Brussels has reportedly demanded a revision not only to the Irish backstop provision that Theresa May agreed to, but is also demanding the right for the UK to have its own regulatory standards for goods – which would make a future trade deal with the U.S. easier to do, but make one with the EU harder,” the strategist points out.

In that context, the deVere’s Investment Strategist believes that the PM looks set to lead the Conservatives into a general election after 31st October, having failed to achieve Brexit, nothing to show in terms of negotiations with the EU, and deep hostility towards him from a large part of his party after having removed the party whip from 21 Conservative MPs last week who voted to avoid a no deal Brexit.

And Mr Elliott concludes: “Geopolitical issues drive investor returns.  Investors can and should protect themselves from market uncertainty through exposure to a broad range of assets, currencies and geographic regions. The mantra of an investor should always be ‘diversification’ – this is especially pertinent in today’s uncertain market conditions.” 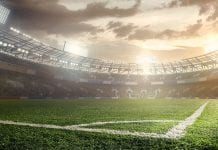