Data gathered by Buy Shares indicates that fintech leaders raised a total of $3.81 billion in the second quarter of this year. The significant amount comes after the economic downturn in the first quarter.

Online payment processing platform Stripe raised $850 million followed by Robinhood at $430 million while Vero has raised $241 million. Health insurance company Oscar raised $225 million with Carta closing the top five categories at $210 million. The five fintech firms account for 51.34% of the total raised amount by the firms overviewed in our research.

The funding comes as a step in the direction after a turbulent first quarter due to the coronavirus crisis. According to the research report:

“The coronavirus pandemic led to an economic downturn, presenting a perfect opportunity for the fintech sector to explore different opportunities for mass adoption. Most specifically, the pandemic resulted in a change in consumer behavior that might stick around for a long time.”

Shopify has the second-highest cap at $48.8 billion as of March 31, a figure that increased to $64.5 billion three months later. By the end of the first quarter, Adyen had a market cap of $25.5 billion droppings to $18.6 billion in the second quarter.

As with any small business, fintech firms are competing for a limited resource pool. From government relief packages to venture capital funding, decisions need to be made around how to save employees in the short term and continue operations going forward. Beyond an inflow of funds, other options include partnering with traditional banking organizations or selling the firm outright.

Some of the funding trends were already heading downward. Unlike traditional banking organizations, the majority of fintech firms have been in existence less than a decade, with few showing operational profitability. Funding conditions have undergone a 180-degree shift, and the future of fintech has changed dramatically, market intelligence company CB Insights asserts in a recent report on the current crisis’ impact on global venture capital funding for financial technology companies. According to CB Insights, financing activity in the first quarter of 2020 was far below historical averages. The data shows that through the end of March 2020, both the dollars raised and the number of finance deals for fintech companies are down month-over-month, quarter-over-quarter and year-over-year. It is expected that funding for fintech’s in the first quarter of 2020 will resemble the lows recorded in 2017. In most cases, fintech firms have relied on investor funding which is far from guaranteed in the near or intermediate future, especially as revenues have dropped since the pandemic.

It should be noted that funding has continued to flow to some of the most established fintech organizations that have already achieved unicorn status and are showing positive growth trajectories. However, even some large fintech firms, especially in the cross-border payments and unsecured lending sectors, may find funding difficult to arrange because of the market conditions created by COVID-19.

Insurers And Insurtech Startups: A Relationship For the Future

How to Advance Your Career Without Burning Bridges 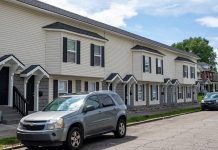 The UK’s Housing Boom: Is it Time to Buy? Tanzania gives you a warm welcome