Payments have always been the backbone of the financial system and since the credit card was first released in the 1950s, technology has played an important role in how we pay for goods and services. Now, the power dynamics in the payments industry are changing as businesses and consumers shift dollars from cash and checks to digital payment methods. Cards dominate the in-store retail channel, but mobile wallets like Apple Pay, Google Pay are seeing a rapid uptick in usage. We can’t forget either new digital currencies like Bitcoin or Ether, which also have a part to play in the future of payments. At least, that is what the last survey carried out by Deutsche Bank and titled “The Future of Payments” has found out.

The current context, at least, corroborates so. According to data from Capgemini Research Institute, global non-cash transaction volumes grew at 12% during 2016-17 to reach $539 billion – the highest in the past two decades -, and it is expected to keep the double-digit growth through the next five years. Breaking this data down into regions, emerging markets led the growth charge with Emerging Asia (32%) and CEMEA (19%) as the highest representatives in global non-cash transaction volumes. Mature Markets, including mature APAC, Europe, and North America, maintained a growth rate of nearly 7%.

Rising figures in non-cash payments methods are also representative of how goods and services are being offered to users through digital means. E-commerce, for instance will chip away at brick-and-mortar retail as smartphones attract a rising share of digital shopping. Digital peer-to-peer (P2P) apps are supplanting cash in the day-to-day lives of users across generations as they become more appealing and useful than ever.

“Digitalisation will give businesses extra incentive to smooth the payments transition. For starters, when customers are comfortable with payment technology, they tend to think less about how much they spend. Furthermore, as the data gleaned from payments becomes increasingly valuable, payment fees will approach zero. Business-to-business transactions will also benefit. Currently, corporates wait almost 70 days for payment from business customers. The number one reason for this is inefficient internal processes which lead to payment delays, something digitalisation can fix,” was stated in the Deutsche Bank report.

In fact, the coming decade will see digital payments grow at a speed of light, leading to the extinction of the plastic card. Over the next five years, it is expected that mobile payments will comprise two-fifths of in-store purchases in the US, quadruple the current level. Similar growth is expected in other developed countries, however, different countries will see different levels of shrinkage in cash and plastic cards. In emerging markets, the effect could arrive even sooner. Many customers in these countries are transitioning directly from cash to mobile payments without ever owning a plastic card.

As the report explained: “We can deduce much about the future of payments from developments in China where the country is developing world-leading digital payments infrastructure. There, the value of online payments is equivalent to three-quarters of GDP, almost double the proportion in 2012. Today, just under half of the in-store purchases in China are made via a digital wallet, way above the levels in developed markets.”

The Future of payments: Blockchain and Cryptocurrencies

Blockchain technology and especially cryptocurrencies are a common buzzword when it comes to the future of money and payments. Blockchain is part of the called Distributed Ledger Technologies (DLTs) and this technology can help make transactions more secured, quicker and without the need of intermediaries.

Blockchain is highly secured as all data is stored in groups, or “blocks” of information. As such, it is impossible to delete or modify information previously stored “on the chain” because blocks are replicated across multiple ledgers. Every user has a unique public and private key. The public key acts like a username or an email address. It allows users to transfer a cryptocurrency to and from other users directly. On the other hand, the private key is linked to a personal password that gives individual users access to their cryptocurrency accounts, or digital wallets. As a blockchain allows for P2P encrypted transactions, transfers operate directly between peers thus removing various middlemen.

Bitcoin is the most representative of them all and it is normally used to trade against in digital exchanges. A cryptocurrency is a digital “asset” that uses peer-to-peer networking, so it is decentralised and broadly accessible. The asset is a digital “token” with no backing or intrinsic value. Bitcoin and most cryptocurrency transactions are not intermediated by a bank or clearing party. While this can make the individual transaction very cheap, the overall cost of implementing a network can be extremely expensive as a result of the computing and energy costs of some of the validation processes.

Bitcoin and digital currencies are not well seen by most governments worldwide. However, in recent years, the rise of a specific type of cryptocurrency has drawn government and financial institution’s attention, which are more stable and trustworthy. Stablecoins can be pegged to fiat currencies such as dollars, euros, and renminbi, or to exchange-traded commodities, etc. This price stabilisation usually requires some kind of trusted intermediation or centralised infrastructure.

China, for example, is working on a digital currency backed by its central bank that could be used as a soft- or hard-power tool. In fact, if companies doing business in China are forced to adopt a digital yuan, it will certainly erode the dollar’s primacy in the global financial market.

“Many are sceptical about digital currencies citing the large energy needs and point out that currencies such as bitcoin and Facebook’s libra have encountered significant regulatory hurdles. Yet, if the growth in blockchain wallet users continues to mirror that of internet users, then by the end of the decade, they will number 200 million, quadruple the current level. This will be encouraged by governments, banks, corporates, and payment providers who all stand to benefit from the digitalisation of payments. And when countries and companies eventually look back at the way they transitioned to digital payments, it may become very apparent how they achieved their standing in the world economy,” the report added.

These benefits have been acknowledged by governments and businesses albeit also being shared by customers. Payments are thought to move towards more digital schemes, though according to the Deutsche Bank report, we can’t just believe that cash will be entirely replaced by other digital means. The financial crisis and global tension build up uncertainty, and people feel more secured with cash in those moments. For example, the trade war between the US and China led notable investors to increase their cash holdings.

Cash will still be around for a while

Despite these trends, the Deutsche Bank report ‘The Future of Payments’ states that cash is unlikely to disappear anytime soon. “We start by using the lessons of history to predict that cash will be a part of the economy for decades to come. Over the centuries, people have developed a deep-rooted trust in paper and coins during uncertain times. Today is no different. Our survey shows that people also like cash because it allows them to more easily track their spending,” Deutsche Bank pointed out.

A real digital payment revolution has been underway for the past ten years. Cash is losing ground as a payment method. Several countries have recently removed large notes worth $100 or more and implemented policies to replace traditional payment methods with digital solutions. In the midst of these changes, non-sovereign cryptocurrencies pose a threat to political and financial stability.

The Directions for the Hedge Fund Industry

2021: How To Best Diversify Your Investment Portfolio 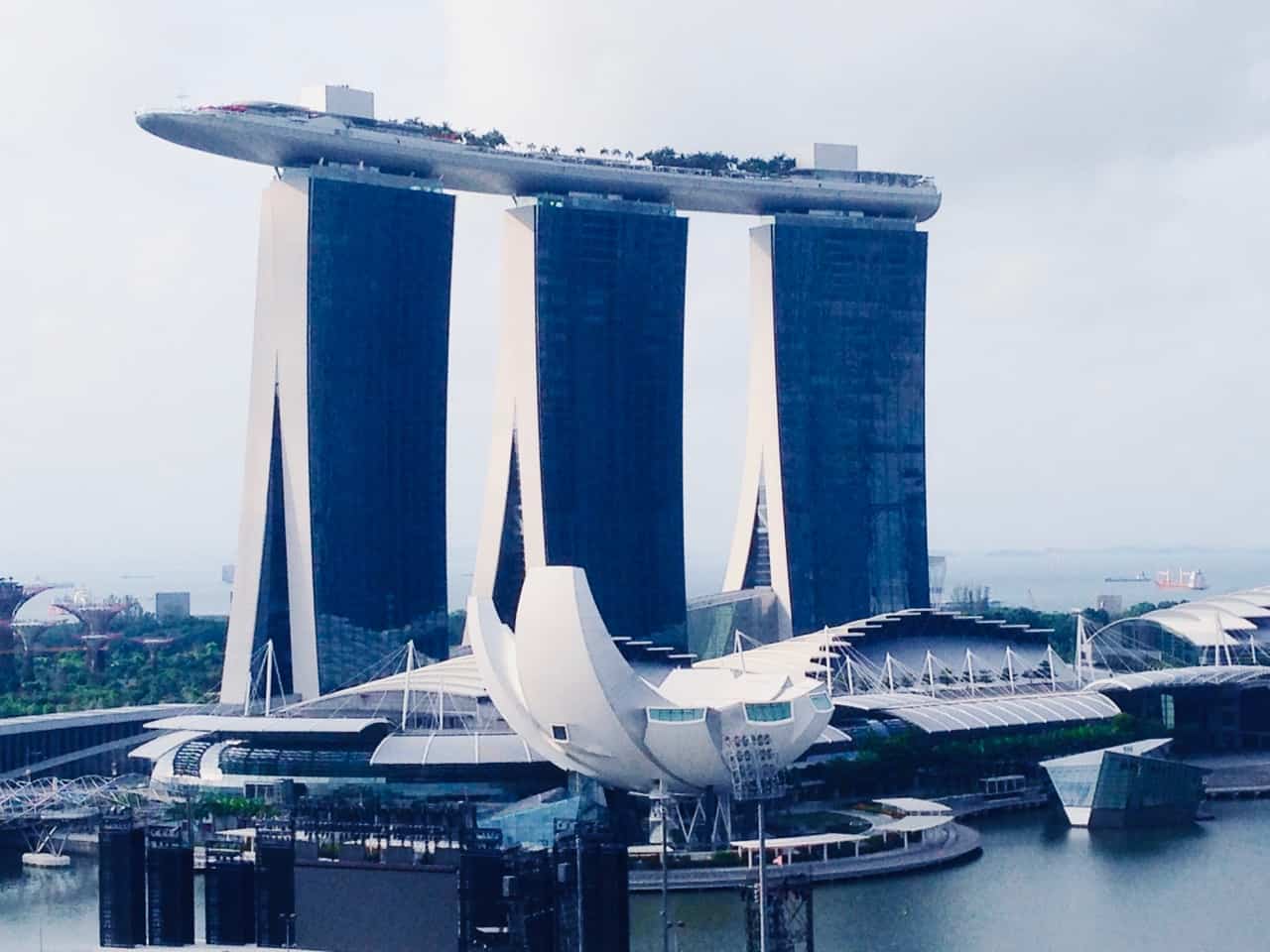 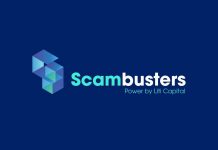 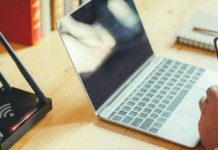 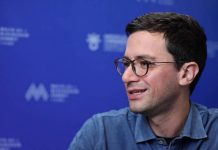