For the past few years Bitcoin has been transforming money online. Bitcoin has been very controversial, not least because it is unregulated, and its value has been rather volatile. Blockchain has also been developed, which is a technology that drives Bitcoin. It registers all activities that are carried out using this form of currency. This technology has helped in furnishing Bitcoin with some semblance of a reputation, though there are still challenges that occur as a result of tax evasion, and also fraud. Regulators also do not know how to handle Bitcoin. Nonetheless, Blockchain has been beneficial in improving the status of Bitcoin, making it more interesting to the financial industry. It is helpful to understand what banks are involved in this area, and how they have become involved. Writing for Finance Magnates, Barry Ng (2015) has summarised this in a clear and easy to understand way.

Barclays has been working with UBS to examine possibilities and opportunities that may come about from Ethereum. It is also working with a company called Safello which operates a payment platform which provides opportunities for donations to be made to charity by using Bitcoin. As a result Barclays is considered to be “one of the few banks interested in using Bitcoin itself as a currency.” Safello has more than 20,000 registered users and has already processed in excess of $6 million in transactions. Barclays has expressed an interest in determining how to use Blockchain ledger technology in physical applications. This could, for example, be used to track valuable goods such as diamonds.

Wells Fargo has a reputation for adapting quickly to innovation and change. However, not so with Bitcoin, and it has been seen to be taking rather a careful approach to it. That said, the bank did lead a summit for Bitcoin back in 2013, and it has been working with entrepreneurs to try to find support for implementing Bitcoin technology. Its meetings have not led to anything substantial at the current time. Wells Fargo is thought to have been put off getting too invested in Bitcoin due to the controversy that exists surrounding it. In particular, an arrest of an important Bitcoin entrepreneur who was accused of money laundering has not encouraged the interest of Wells Fargo one little bit.

JP Morgan and chase is the largest bank in the USA if you measure on sales and assets. It patented a system which sounds like Bitcoin and related technology but there has been no direct mention of Bitcoin or Blockchain.

UBS has been fairly forward thinking. It has started up a blockchain research laboratory in London. The organisation wants to examine how blockchain can be engaged to finance transactions and to analyse big volumes of data as well as analyse risk. UBS has been involved with exploring Ethereum as well.

Citygroup has its research and development team focused on creating blockchains. So far it has developed three, in addition to a currency called Citicoin. It plans to use Blockchain technology with a view to making transactions more transparent, immediate and global.

Goldman Sachs has also been dipping its toes in the cryptocurrency waters. It was involved in a blockchain startup called Circle Financial. The latter has been working on technological solutions to allow the sending, receiving of, converting and storing of wealth. This is consistent with the overall strategy of the bank which is focused on both doing its own R&D as well as working with financial technology startups to make progress in this area.

HSBC had the first Bitcoin related fund, but it has closed this down and cut off all ties with it. Money laundering was cited as being the reason for taking this action.

Santander wanted to use blockchain technology to switch out its antiquated system of keeping records. However, Santander has not decided to work with Bitcoin as the blockchain technology that it will use. Santander has not disclosed which areas of its business are working on blockchain, and they have openly expressed that it is unlikely to be useful unless several banks use it, to improve collaboration between different banks.

Deutsche Bank is looking into commercial uses for ledger and blockchain technology. It is working on the concept of creating innovation centres which would be located in Berlin, London and Silicon Valley.

Mark Pugachev – Start From Scratch And Soar To Success 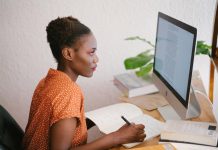