Businesses and entrepreneurs alike understand that the best investment opportunities are not always in their home country, so they pursue worthwhile investments in foreign countries. Known as inward foreign direct investment (FDI), it can significantly boost the economic prospects of a recipient country.

Interested in economic prosperity, MoneyTransfers.com analysed the latest data from the ‘Organisation for Economic Co-operation and Development (OECD)’ to establish which countries in the world benefited the most and least from inward FDI in 2020.

Analysis of the Results from the Research:

MoneyTransfers.com found that China was the largest beneficiary of inward FDI in the world last year (2020) at a colossal $212.5 billion. A 14% increase from the year before (2019), where FDI inflows into the country equated to $187.2 billion.

In second place is the United States who were the second biggest recipients of inward FDI in 2020 at $177.1 billion. Despite such a hefty sum, it represented a 37% fall in FDI inflows in contrast to 2019, when accumulative inward FDI was $282.1 billion.

Luxembourg is the highest-ranking European country in fourth place. In 2020, Luxembourg’s economy benefited from an

injection of $62 billion from inward FDI. From all the countries analysed in the research, Luxembourg experienced the greatest year-on-year increase (319%) in FDI inflows, $47.2 billion more was generated from inward FDI last year when contrasting 2019 figures against 2020 figures.

India ($64.4 billion), Germany ($35.6 billion) and Ireland ($33.3 billion) are among the other countries which gained more than $3 billion each from inward FDI in 2020, respectively ranking third, fifth and sixth.

United Kingdom is in 12th position, as inward FDI in the country was a sizeable $19.7 billion in 2020. This also meant that FDI inflows in the UK fell by 57% when compared to the collective $45.4 billion inward FDI that was made in 2019.

Interestingly, from the assessed countries, Finland in 29th position is the country which suffered from the biggest fall in year-on-year inward FDI at 81%. In 2020, FDI inflows in the country equated to $2.6 billion – significantly less when shadowed against the $13.5 billion that was generated from inward FDI in 2019.

At the other end in the 33rd spot is Lithuania, as the country only amassed $478 million from inward FDI in 2020. This signified $722 million less from inward FDI last year when comparing 2019 figures to 2020 figures.

Overall, 28 out of the 37 countries reviewed for the research adversely experienced a year-on-year decrease in inward FDI in 2020. Given the worldwide turbulence and economic uncertainty the Covid-19 pandemic caused last year, businesses and entrepreneurs alike were perhaps much more hesitant than ever before about investing outside of their domestic borders.

Methodology for the Research:

1. MoneyTransfers.com were keen to discover which countries in the world benefited the most from foreign direct investment (FDI) in 2020, so analysed the latest data from ‘Organisation for Economic Co-operation and Development (OECD)’.

2. For the research, MoneyTransfers.com focused on FDI inflows (also known as ‘inward FDI’), as this type of FDI measures investments made in a country from another country.

4. Stage three was individually done for 37 different countries from around the world in the research.

6. For further in-depth analysis and comparison, stage three and four were repeated but this time in the context of 2019 data/figures.

8. All financial values in the research are presented in American Dollars ($ USD).

9. To make the FDI inflows financial values more digestible, MoneyTransfers.com rounded the figures to the nearest one hundredth.

10. Austria, Italy, Netherlands, Norway, Slovak Republic, Switzerland and Saudi Arabia were excluded from the research because they experienced negative FDI inflows in 2020 or data for the respective countries was incomplete/unavailable.

11. In the results/data table the letter B signifies ‘billion’ and the letter M signifies ‘million’. Additionally, in the ‘year-on-year increase or decrease in FDI inflows (%)’ column, the colour red signifies a decrease, and the colour green signifies an increase.

Insurers And Insurtech Startups: A Relationship For the Future 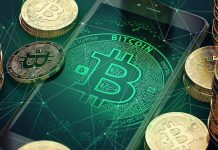 How Can Cryptocurrencies Impact Small Businesses?