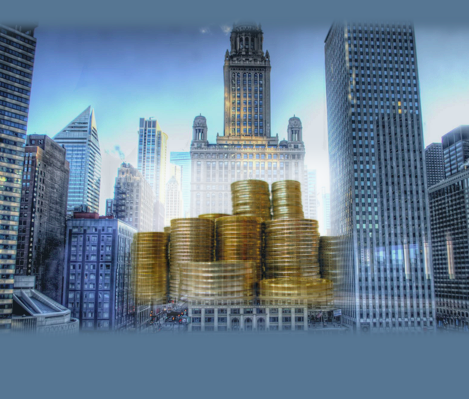 Being a trader or an investor, you must have understood the fact that preceding trends in the markets and how they have performed can never guarantee a return in the future. You must have heard varying versions of this saying a dozen times or so, but it does serve as a particularly good reminder when you consider your financial plans for the coming year.

Chief Investment Officer at Samson Capital Advisors, Jonathan Lewis, explained that although 2013 was a really good year for stocks, a majority of traders did not expect the stocks to increase by 20% now. On the other hand, the situation for bonds was a particularly challenging one due to treacherous trends in the market. Lewis also explained that the markets were widely dispersed from various foreign economic factors in 2013. This dispersion, in his eyes, is a concern which should be addressed.

This year, however, investors can enjoy the benefit of planning their financials without having to be overly worried about the huge fiscal climb they had to go through in 2013. And in light of this, mentioned below are some of the best investment ideas for 2014:

With a 5.3% yield, Ensco is the globes second biggest offshore driller. The company functions across six continents, employing new technological drilling machines and deepwater fleets, which are considered the best in the industry for contract drilling. As per Enscos earning releases over the years, the company has been operating with extreme precision as well as keeping a watchful eye on its operating expenditure, which has led the company to produce an impressive stream of cash flow.
Ensco has an impressive balance sheet and it is expected the companys future cash utilization could provide another near-term mechanism in terms of additional rig capacity, reduced debt, buyback of shares and dividend might increase. Ensco recently declared it would increase its quarterly dividend by 50%, which is $0.50 to $0.75. The company trades for less than 10 times its earnings, increasing its earnings over the year considerably. The shares too have an impressive yield of 5%.

With a 3.3% yield, the famous retailer of superior quality clothing goods has built a target market of people in the age brackets of 15 to 25 years. American Eagle Outfitters has over 1,000 outlets spread across the entirety of North America and ships to over 80 countries around the globe through its ecommerce website. Although the company is not doing good and has plunged down 25% after a poor second quarter earlier this August, it is doing all it can to bring in more customers and to drive sales up towards the end of the year.

It is important to consider the fact that the company has a prominent brand recognition and loyalty, especially when it comes to their jeans, with the management emphasizing on introducing new products and practicing new inventory management strategies. And considering everything else, the company has no debt and has an impressive balance sheet. This could potentially drive share price up in the future, which currently stands at $1.75.

When the stock of a company increases in price on a given trading day when the rest of the market is in negative, it usually points to the fact that there must be a core buying interest in the stock. And that is what exactly transpired last December when the Swiss company, which is also the worlds biggest contract driller for both oil and gas, experienced a 0.38% increase in value, (although on a reduced volume). This happened when the S&P 500 plunged 0.3% along with Market Vectors Oil Services, which dipped down 0.43%. The drilling giant is expected to boost its profits by over $800 million through various cost reducing strategies and implementations.

Although their stocks for the housing sector declined towards the end of 2011, it considerably increased last year in May, with PulteGroup (PHM) increasing by 560% and KB Home by 375%. However, there were some problems in the market after May, as ITB shares dropped by 15% and investors saw their shares go down by 25%. Fortunately, there were some good investment opportunities that surfaced after the pullback and those opportunities came in the form of M.D.C. Holdings. The homebuilder experienced a 150% growth in shares after falling 27% throughout 2011 and 2013 and is expected to grow this year.

When you think of all things necessary in life, consider listing your underwear in the category as well. Not many people think about their underwear, at least not when you talk about potential of the companies that manufacture those little tighty whities in the stock market. However, if you do, then consider checking out Hanesbrand Inc, which specializes in making bras, socks, hosiery, active wear, underwear, etc. Some of the companys main brands include Hanes, Leggs, and Playtex.

Since the company expanded and acquired Maidenform, it has been enjoying a significant increase in share value. Considering how cotton prices spiked in 2011, Hanesbrands sales, margin and yearly revenue has been improving steadily. As a matter of fact, the acquisition of Maidenform back in 2013 enabled the company to generate over $500 million in sales in just two to three years. Hanesbrand has a massive cash flow of $450 to $500 million and it is expected that the retail giants margins will grow by 12% to 14%.

You have to realize that Apple stocks are cheap considering the tech market is becoming more expensive by the day. On top of that, Apple has been ruling the market, especially in the holiday season with the launch of its iPhone 6 and 6 Plus, along with the new iPad. So, consider tapping in to the tech market and buy some Apple shares.

All in all, these are some of the best ideas you can and should consider when drawing up an investment strategy for this year.

5 Tips to Find and Win Scholarships 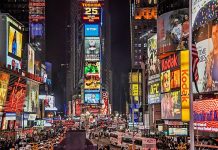