Of all of the cities in the United States, the area around Boston might just be the most suited to hedge funds. Its access to a steady stream of graduates from places like Harvard, Yale and MIT means that the kind of innovation and talent required to keep a hedge fund alive is always at hand.

Boston has, however, failed to become the hedge fund capital of the world. Places like London, New York and even Greenwich Connecticut have overtaken it for that particular honor. The city still houses a decent selection of exciting hedge funds, however. Here’s a look at 7 of them that are worth your attention.

With assets under management of $26.4 billion and a value investing philosophy, Seth Klarman’s Baupost Group is one of the most well-regarded hedge funds out there. The hedge fund concentrates on risk management and stays away from long shots, a strategy that lead it right to underperformance in 2014.

Klarman won’t mind, however. His goal is to deliver high returns to investors at a low risk premium. He’ been doing just that for twenty years, and it’s cemented his position as the most important manager in the Boston area.

First and foremost a private investor in sovereign debt, Turan Corporation invented a market in emerging country’s debt, beginning with an investment in Turkish bonds more than two decades ago. The company is most recently notable for its involvement in the 2014 case that forced Argentina to declare bankruptcy.

Secretive with details, Convexity Capital Management was founded by Jack Dempsey, a former manager of the Harvard Endowment. The fund manager quadrupled the size of that endowment over 15 years in charge, and his hedge fund performed well for years. Right now, however, things don’t look so good.

In the opening months of 2015 investors were pulling their money out of the hedge fund after the depths of underperformance failed to shallow despite years of attempts by face-of-the-firm Dempsey. According to a Wall Street Journal piece, the hedge fund saw outflows of $1 billion in the twelve months up to March 2015.

The hedge fund that focuses on risk management above all else, Windham Capital Management has been around since 1988 but only crossed the $1 billion assets under management threshold in 2012. In 2013 the company won the Money Management Intelligence Emerging Manager of the Year award, but the firm isn’t letting that go to its head.

Lucas Turton, the hedge fund’s chief investment officer, is nervous about the way the market looks. Speaking out in March, the investor said

“What tends to happen is an almost avalanche effect that as risk begins to rise, it’s self-perpetuating. Not to call a market crash today, but this is a period to be more defensive.”

Founded in 1989, Numeric Capital is one of the oldest quantitative hedge funds in continuous operation. It has assets under management of $16.7 billion.

The company was acquired by the Man group, known for its own quantitative potency, in 2014, but still operates relatively independently. Offering a range of different strategies to investors, the company is a careful constructor of portfolios and one of the most interesting hedge funds at work in the Boston area today.

Another successor to the Harvard endowment fund, Adage Capital Management is one of the most exciting names in the hedge fund business right now with investments across the equity markets. The hedge fund currently has assets under management of around $25 billion, making it one of the biggest overall players in the Boston area.

Adage is most notable for a $1 billion win with a bet on Puma Biotechnology last year. After a successful medical trial the hedge fund managed to reap a huge reward on the business. The firm’s share price has remained relatively stable since that remarkable leap.

Most widely known for its private equity operations and its association with Mitt Romney, few know that Bain is also involved in the hedge fund industry.

The company has been one of the biggest players in global hedge funds since 2006, and offers a range of strategies and funds through its hedge fund affiliate Brookside Capital, an organisation that counts with approximately around $11 billion in assets under management.

These are the Hedge Funds companies that top the list on the busy city of Boston! 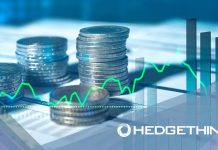