In a world marked by big political and economic tension the Hedge fund industry assets are set to surpass USD 3 trillion by year end 2015. These numbers display a growth of a further 7% for the industry, according to March 2015 research from Deutsche Bank – Alternative Investment Survey – highlighting hedge fund sentiment and allocation trends.

The industry, still in its early days, is growing and Institutional investment in hedge funds is set to increase. 39% of 435 hedge fund investors, representing over USD 1.8 trillion in hedge fund assets under management (AUM) disclosed that are planning to increase their allocation to hedge funds in 2015.

All of this in a landscape where Hedge funds have become notorious, since the financial crisis for lagging the broader market appeal. Moreover for the sixth year in a row, with a gain of 2.1 percent, the Bloomberg Global Aggregate Hedge Fund Index has been doing worse than both the Standard & Poor’s 500-stock index and a balanced portfolio of three parts equities to two parts bonds. So the question is with underperformance becoming almost routine, what sets apart this still fast growing alternatives industry?

Independent of Warren Buffett had joined the anti-hedge fund chorus in May the industry seems unstopable. It is important to note nevertheless that Buffet was one of the first hedge funds pioneers… Nevertheless his remarks have intensify more adversity / bad publicity towards the industry.

The episode happened when a board member at the $17 billion San Francisco Employees’ Retirement System pension fund wrote to ask his advice on the asset class, On the case Buffett scribbled back:

“I would not go with hedge funds — would prefer index funds.” He underlined the word “not.”

So if 2014 apart was a growing challenge for the industry to get less complicated, and ease up on fees, 2015 is another year. And with each new year new opportunities in the face of adversity.

Hedge funds are diversifying and growing out of their initial trademark

Don Steinbrugge, the founder and Chairman of Agecroft Partners, an influential industry personality consultant and marketer, is bolder towards the industry and states that the agitations of Calpers and negative quotes from Buffett will have “very little impact” in the insdutry. Hedge funds are diversifying and getting more of their money from pensions, endowments, and other institutional clients—63 percent in 2014 from 45 percent in 2008, according to data firm Preqin. These investors are comfortable with mid-single-digit gains that, in theory, come with some downside protection if markets turn bearish.

So the conclusion to some pundits of the industry is that it needs to be even further risky taker and special innovative and driven with better sense of compliance. And definitely has to work on its brand / PR issues. There is a competition for a place in the sun in a very competitive industry where, more and more, hedge fund assets are concentrated among the largest managers. And “as institutional investors’ needs continue to evolve, they (investors) are increasingly looking to work with larger hedge fund managers and intermediaries who can meet their appetite for comprehensive portfolio solutions,” said Barry Bausano, Co-head of Global Prime Finance at Deutsche Bank.

The shift in diversification has helped the alternative inbestors – hedge funds – to grow its total assets under management substantially. Moreover, even if more than 950 hedge funds (and funds of funds) have been liquidated from October 2013 to October 2014, more than in any year since the financial crisis the numbers are still growing. And yet so many more hedge funds are starting – the new concept os hedge fund startup is picking – that the total number hit a peak in the third quarter of 2014, HFR estimates, at 10,119, finally topping the precrisis level of 2007.

Hedge Funds represent a special irreverent spot within the general finance industry. Thye have a strong focus on resilience, persistence and this independent of a six years of underperformance, is the proper context in which to view the still emerging industry. These factors explain why the Deutsche Bank – Alternative Investment Survey – displays that the Asset growth continues expand and of course to be concentrated among the largest managers.

Therefore the challenge will be concentration and perhaps monopoly. And in this context innovation and good teams are critical. Accessing skilled managers is ever more critical than ever. Manager selection is becoming increasingly important, as the competition gets better and the gap between outperforming and underperforming hedge funds widens. While the average hedge fund returned 3.33% in 2014, the crude reality is that top 5th percentile players generated returns greater than 22%. And these are the drivers and definitive powerhouses of the industry.

Hedge fund managers who continue to focus on alignment of interests with the allocator community will have an increasingly competitive advantage as the industry grows and evolves. Reward for alpha generation and co-investment opportunities will be key factors in building strong partnerships between limited partnerships and general partnerships.

In this context we decide to ask some interesting 7 questions:

What’s Ahead for Hedge Funds?

How to Boost your Business During a Tough Economic Climate 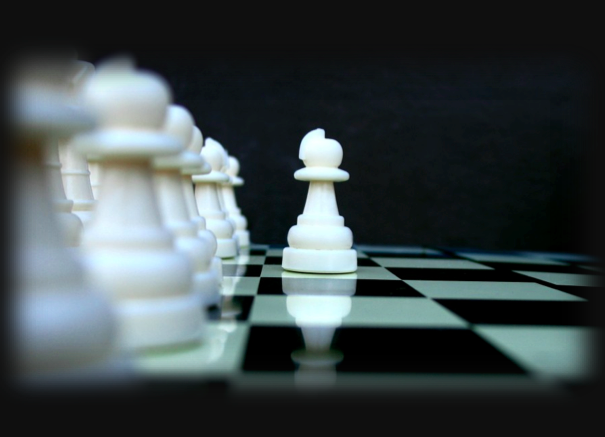