Cryptocurrency is advancing full speed ahead. It is now considered an established type of currency rather than a passing fad. Bitcoin in particular has been very successful, and PwC reported that there are now more than 14 million Bitcoins in circulation. However, stability with such currencies has not yet been achieved, and Bitcoin fluctuates greatly. This makes market acceptance challenging to achieve. Yet there is value not just in the currency but also in the network and technology on which the cryptocurrency was built. PwC explains that:

“The blockchain public ledger technology (which underlies cryptocurrency) has the potential to disrupt a wide variety of transactions, in addition to the traditional payments system.” 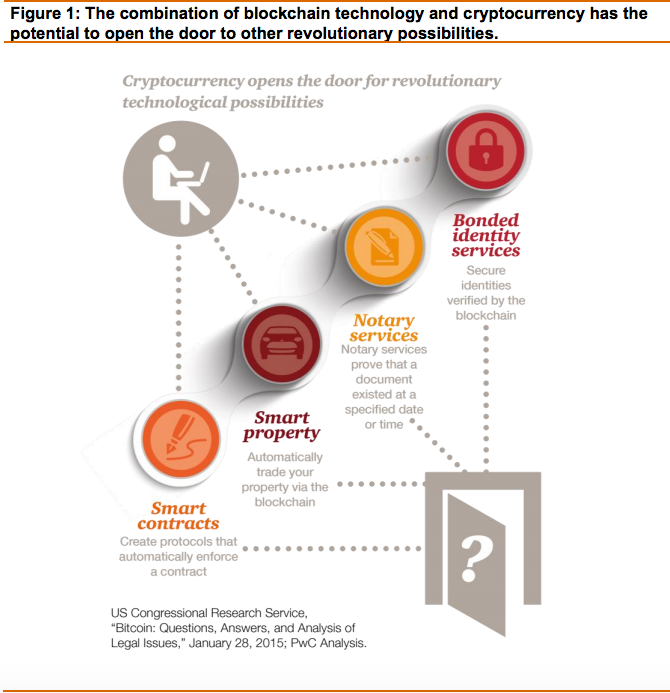 It is thought that the types of transactions that could be disrupted include stocks, bonds, and other financial assets where data is kept digitally about them, and where there is a reliable third party that can verify the transaction. It is felt by PwC that there are opportunities in a variety of different areas of using cryptocurrency. 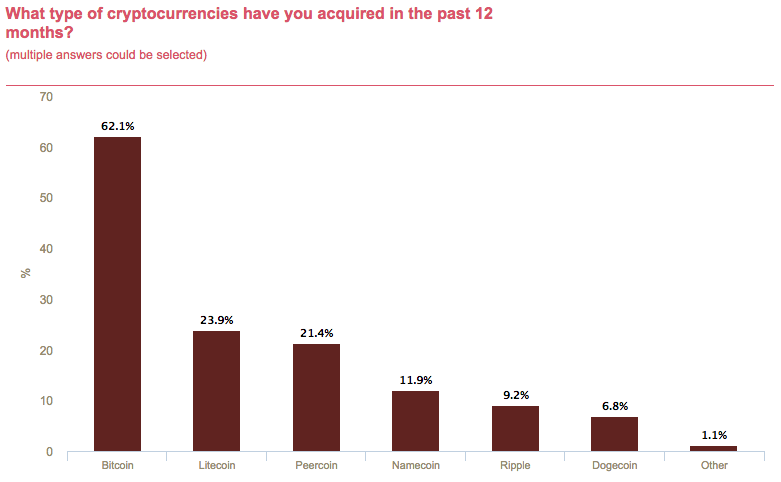 However, the cryptocurrency market will only achieve this once it becomes legitimised in the eyes of sufficient people from different categories. PwC refers to this as “credentialising”. It is believed that acceptance on a greater scale is needed from some major participants which include merchants and consumers, technology developers, investors, financial institutions and regulators. All of these groups will need to play a role for cryptocurrencies to become mainstream. 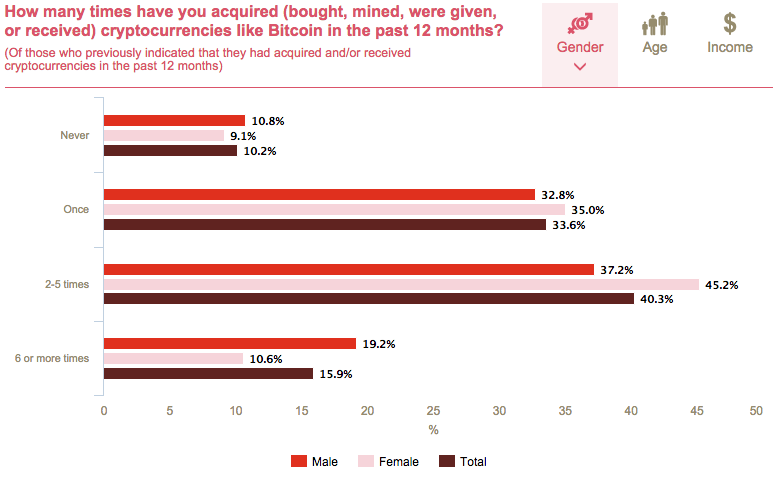 This means that one of the key areas in which the currency needs to establish itself is with consumers and merchants. This should not be so hard in some ways, as cryptocurrencies have shown themselves to be cheaper and quicker for peer to peer payment than options provided by established institutions offering money services. Other advantages are the reduced need to have to submit personal data.

However, the overall instability of currencies like Bitcoin has led to customers not using the currency for buying things, but instead to trade it. 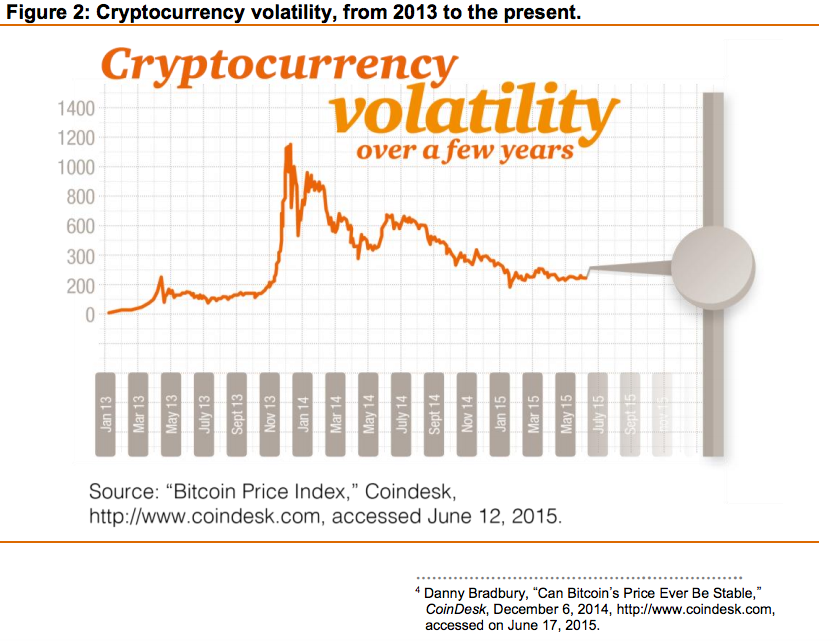 One barrier that needs to be overcome is a current lack of knowledge about cryptocurrency in general among consumers. PwC’s survey of 2015 into factors relating to consumer cryptocurrency identified that just 6% of consumers felt they were either extremely or very familiar with these currencies. 83% said they were only slightly familiar or not familiar at all. If you would fall in the category of only slightly familiar or not familiar at all, then perhaps it is time to do some research of your own. A good place to start may be this article, which details ‘wie ich IOTA gekauft habe‘, in the words of a specialist in finance, business and cryptocurrencies. The good news is that these figures are thought to be likely to change regardless, as Bitcoin and others become established ways to pay that are not available via traditional approaches. Businesses may well start using them because they provide lower fees and less chance of charge backs. 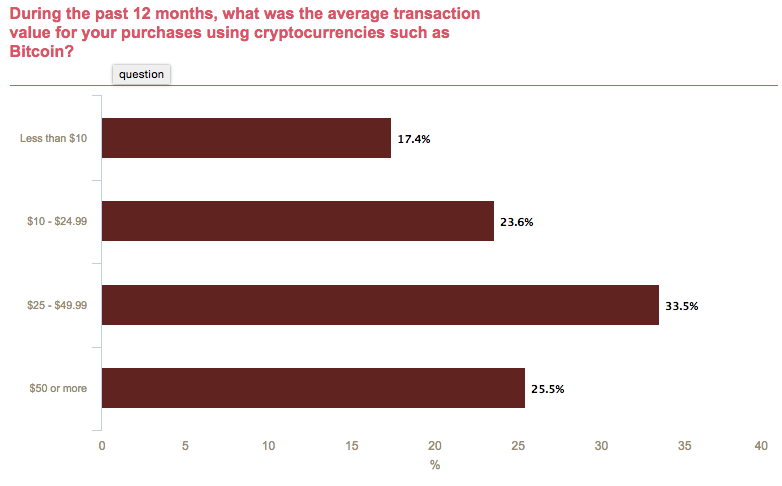 Investors also need to get on board with cryptocurrencies, and to some degree this has already happened. A number of investors are thought to have faith in the possibilities that cryptocurrencies might bring. It is explained that the value of the technology used is what brings confidence to investors. Crypto currencies have recently been gaining the attention of Wall Street and big, established finance industry players. Finance institutions have been finding themselves faced with a new paradigm as their role has become increasingly questioned, and in some ways reduced. There have been exciting developments such as Apple Pay and Google Wallet, which show the direction some institutions might take.

Regulators will also need to determine how they are going to handle cryptocurrency. Currently there are some significant inconsistencies regarding how this technology is treated, how it is categorised, and whether it is actually considered to be legal. The regulatory environment is different across different geographies. There may need to be work carried out in this area to allow cryptocurrencies to really take off. However, the overall message is not if they will take off, but rather, how such currencies will develop in the future.

We can create some expectations about behaviour of cryptocurrency influence through the below presented charts. The first represents the people intention to use them in the next 12 months and the second – is potential impact on various industries, mostly, financial services. It is interesting to note, that although there is a slight intention of using cryptocurrency in next 12 months, the impact it impose on financial services might be significant.

How long it will take for us to start worry about potential financial crisis created by cryptocurrency and do we have to worry at all?  – Let us know what do you think in your comments! 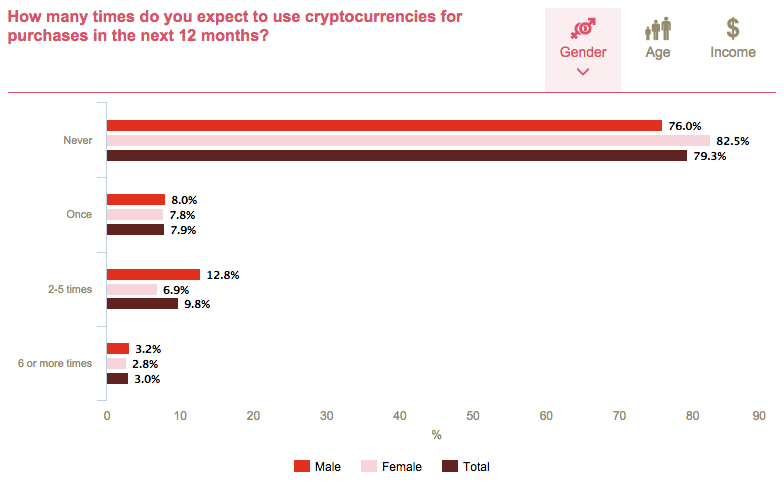 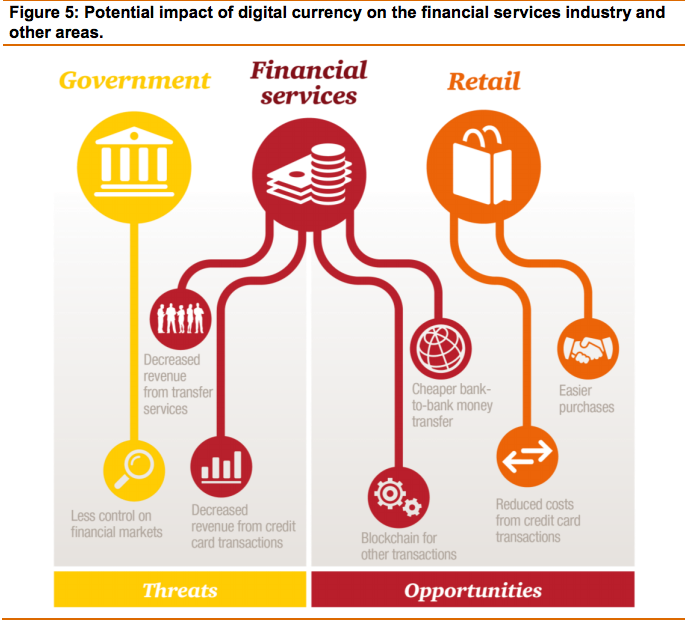 Mt. Gox Closure – The End of Bitcoin, or a New Beginning? 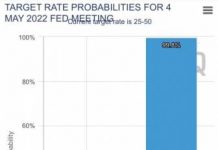 Macro Research What To Expect from The Fed This Week?

The Extent of Brexit Threat and Destruction to the City of... 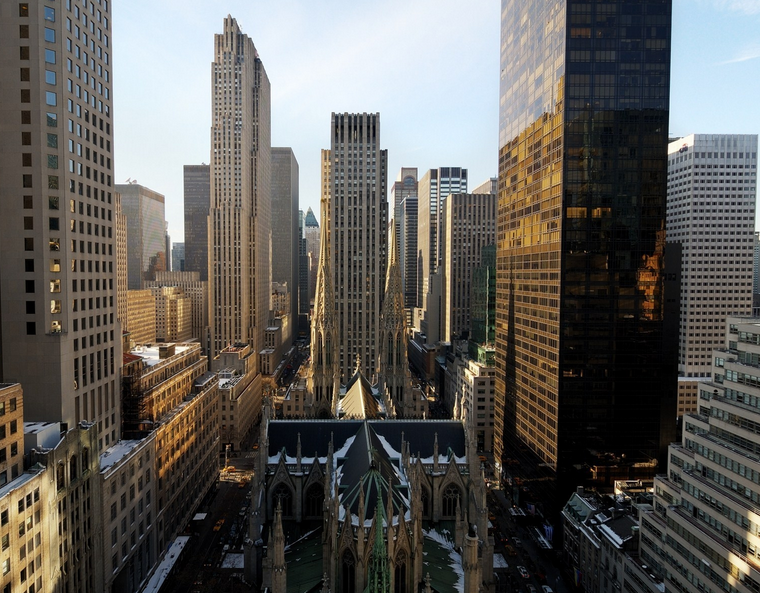