English language and common law commercial platforms, strong and credible oversight by Bank Negara and the Securities Commission, and a budding off-shore tax-efficient financial center in Labuan, Malaysia -and Luban- has ticked many boxes to become a digital financial services hub

Early adoption will be a key differentiator in the race to lead South East Asia in regulated digital asset exchanges and associated digital financial products and services – offering services such as primary listing of securities, listing of alternative assets and secondary-market trading of security tokens and cryptocurrencies with secure digital custody.

Distributed ledger technology is bound to revolutionise capital markets so that conventional and digital asset classes will eventually converge; and digital asset exchanges will provide the liquidity and efficiencies necessary to support this marketplace with standardized processes, reduction of intermediaries, global 24/7 access, real-time settlements and lower costs of trading and custody.

Given that the Fintech sector is set for exponential growth, it is worth pointing out that Malaysia has some key advantages over its peers to develop a Digital Financial Services Hub in the ASEAN region (with potentially a global reach).

Malaysia has English language and common law commercial platforms, strong and credible oversight by Bank Negara and the Securities Commission, a budding off-shore tax-efficient financial center in Labuan; and, most importantly, none of the legacy issues of big money centers like Tokyo, Hong Kong and Singapore which have ironically made them inflexible to innovation and resistant to change – at least with respect to digital financial services.

The benefits of a Digital Financial Services Hub initiative are multiple for Malaysia and include:

· Positioning Malaysia as a leader in digital financial services especially within Islamic Fintech;

· Development of local expertise in digital assets and services as well as attracting Fintech companies;

· Growing the GDP in the digital financial services space;

· Opening the door to an unlimited set of digital assets to be offered for trading over time;

· Enabling easy connection to other similar Hubs in the ASEAN region and other parts of the world.

Rather than lobby the government for a new Digital Hub, which would likely be a long lead-time initiative, we can use existing infrastructure such as the Digital Free Trade Zone – launched in 2018 to great fanfare but since then underutilized – and combine its facilities and incentives with the regulatory flexibility offered by Labuan Offshore Financial Services Authority (LOFSA), for example. Where the first digital asset exchange licenses have already been issued.

Some of the benefits of operating out of Labuan include 100% foreign ownership control, 3% corporate tax, and oversight by Malaysia’s Ministry of Finance. Earlier this year, Fusang Exchange was licensed by LOFSA as the first securities exchange focused on digital assets.

Fusang, as confirmed by CEO Henry Chong, plans to start by securitizing and offering digital shares in smaller companies that are ineligible for listing on the KLSE, as well as digitizing hard assets such as gold, property, art, etc.; in theory every asset class can be tokenized and, indeed, eventually will be.

Such a paradigm shift underlines the importance of an early mover advantage in order to cultivate the ground for domestic startups, interconnect with regional hubs, and entice international players to choose Malaysia as the landing pad from which to grow out their Asia digital financial services footprint.

He is also Chairman of MINDEX, the Mauritius based International Derivatives and Commodities Exchange, which is a full ecosystem providing a regulated exchange, clearing house, refinery, vault, office, warehousing, digital marketplace and digital custodian for tokenised gold and other assets enabled by blockchain technology. He is also a Director of USAVE Blockchain offering ethical digital tokenised physical gold.

Asad Sultan is a twenty-five year veteran of the investment banking industry, including fifteen years in Asia. Asad Sultan is currently the Chief Executive Officer of Deutsche Malayan Ventures, a company that provides bespoke cross-border advisory services for investment and execution of high-value projects in Malaysia. He is also Senior Adviser at JT Capital Asset Management. JT Capital is a value oriented asset management firm established in 2010.JT Capital strives to be the pioneer asset management company in the Greater China region,offering investors opportunities to capitalize on economic transition and growth in China.

Until 2008 he was the Managing Director and Country Head in India for US investment bank Cantor Fitzgerald. Asad started his career in 1990 with Citibank in New York, then Tokyo and London. In Hong Kong, he worked for Japan’s Daiwa Bank, and served as Division Director and Head of Asian Equities for Australia’s Macquarie Bank; following which he launched NYSE-listed institutional brokerage Investment Technology Group in Asia as regional Chief Executive Officer.

FinTech Application Development : How It Will Benefit Your Business? 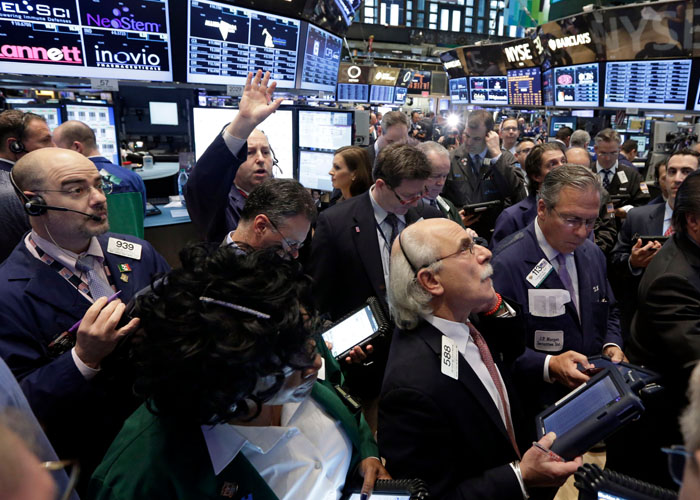