Are the glory days of crypto over? What should we expect in the coming days? No panic; there are accurate predictions in this weekly report that we guide you in understanding and leveraging the right digital asset.

At the opening of the week, Bitcoin price traded well below its second-quarter open at $19,943 and seemed ready for a sweep of the bottom of the range at $18,600.

On Tuesday, July 5, Bitcoin price had investors’ fingers crossed. Bitcoin price traded at $19,440 as the bears were suppressing the peer-to-peer digital currency on the 4-hour chart. The persistent back-and-forth price action witnessed to start the month of July developed a coiling-like pattern that could steer long-term investors away from jumping in until a definitive breach occurs.

As of Wednesday, Bitcoin price had been extremely boring for the first half of the week, stifling the performance of Ethereum and Ripple as well. Bitcoin price remains directionless. Bitcoin price had its upside capped around $22,500 due to the high-time-frame resistance levels and the 200-week Simple Moving Average (SMA).

On Thursday, Bitcoin (BTC) price started to a lively uptrend after its hibernation during the cryptocurrency winter. Although the pain trade was not over, and investors should not jump on everything that moves to the upside, some unwinding of the bearish elastic band came underway. This means that there is a window of opportunity for Bitcoin price to move higher and make some gains, and at the same time pull the Relative Strength Index (RSI) out of oversold, cooling it down, and further encouraging bulls to pull the trigger.

On Friday, Bitcoin price showed optimistic signals of a bullish trading environment to end the first week of July. It was noted on July 6 that the symmetrical triangle, which coiled around the BTC price since mid-June, could break upwards and create a 30% rally targeting $27,000. On July 8, the bulls successfully breached the bearish invalidation level at $21,868. Bitcoin price now consolidates just below the 200-Week Moving Average (WMA) as traders anticipate an imminent breach.

Bitcoin price was valued at $21,665. The peer-to-peer digital currency token should begin to rally impulsively towards the mid-$25,000 levels if it can break through the 200-WMA. The Volume Profile Indicator confounds the idea of an upcoming bullrun as a classical ramping pattern has been established on the 3-hour chart. Key targets to aim for are $25,750 and $27,125. Traders looking to enter the market should keep their Invalidation below $18,595. If the $18,595 level is breached, the BTC price could decline as low as $14,300, resulting in a 33% decrease from the current price.

Coming into the new week, Bitcoin price showed an interesting outlook that could help swing traders and long-term investors make crucial decisions. A retracement followed by a bounce off a significant area could trigger a bullish move for BTC. Bitcoin price retested the 200-week Simple Moving Average (SMA) on July 08, making it the first time since the initial flip below it on June 16.

Ethereum price was optimistic at the opening of the week. Ethereum’s price showed a much higher chance of rallying as compared to Bitcoin price for two reasons. The four-hour demand zone, extending from $938 to $1,008 served as a support level with the outlook favoring a move up to the equal highs formed at the range high at $1,283.

On Tuesday, Ethereum price fell short of the anticipated 200-week moving average target at $1,200. On July 5, the Ethereum price hovered at $1,085 as the bears took full advantage of the front-run target, attempting to breach liquidity below the $1,000 level. The sell-off came at an interesting time as the decentralized smart contract token witnessed its lowest gas fees in the past two years.

On Wednesday, Ethereum price bounced off the $878-to-$1,284 range’s midpoint at $1,081, indicating that the bulls were still in control. Ethereum price neared a bullish test towards the end of the week. Ethereum (ETH) price looked to be evolving the same swing trade that formed in Bitcoin and XRP price action but at a slightly more developed stage.

Ethereum price created a range, extending from $878 to $1,284 as it rallied 46% between June 18 and June 26. ETH got rejected at the $1,284 level long before the range was formed and the said level still stands. The most recent retest was on July 8, which resulted in a pullback. As soon as Bitcoin price takes the lead, investors can expect Ethereum price to follow suit. In such a case, ETH is likely to trigger another attempt that will push it past the $1,284 hurdle and retest the price in efficiency aka fair value gap at $1,425. In some cases, Ethereum price might extend this leg to $1,543, bringing the total run-up to 27% from the current position at $1,212.

While things are looking up for Ethereum price due to potential reversals, investors need to pay close attention to the four-hour demand zone, extending from $938 to $1,008. This area has provided stable support for ETH, which resulted in an uptrend to $1,284. Therefore, a four-hour candlestick close below $938 will invalidate the bullish thesis for Ethereum price.

Ripple price started the week by trading in a deep-discount mode, extending from $0.307 to $0.324, indicating that a bullish reversal was likely. The equal highs formed around the range high at $0.386 add credence to the possibility of an uptrend evolving. However, on Tuesday, Ripple price was blunted and bloody. Ripple price traded at $0.31 as the bears rejected auctions in the mid- $0.35 region. Ripple faced serious trouble as the 8- and 21-day moving averages hover just above the market value, having produced a death cross during Asia’s overnight session.

Ripple price action continued to be boring on Wednesday. Ripple price flipped below the midpoint of its range that extended from $0.286 to $0.386. Interestingly, the sellers further pushed the remittance token into a deep-discount mode, ranging from $0.307 to $0.324. This area is where reversals tend to occur in ranging markets and that is what XRP price is trying to do.

On Wednesday, Ripple (XRP) price showed a similar pattern as its siblings Bitcoin and Ethereum, with price trading in a defined bandwidth and – for XRP price specifically – the market price residing in the middle of that range. As such, getting involved requires a tight stop loss and solid trade management. XRP price held an intrinsic 10% of gains with a projected target at $0.3710, a historic pivotal level that coincides with the 55-day SMA that is starting to flatline because of the bottoming out.

On Thursday, Ripple’s XRP price faced turbulence as it was rejected at the $0.35 level, which could result in more congestion in the coming days. The digital remittance token traded at $0.33 as the bears were taking full advantage of the profit-taking consolidation. XRP price had support at the $0.31 level from the 8-day moving average and an ascending trend line that provided support between June 30 and July 5.

At the beginning of the week, Cardano price hovered above the $0.435 support level as it tried to establish directional bias. As ADA consolidates above a stable support level, analysts believe things could turn ugly if it breaks or bullish if it bounces. Therefore, investors need to be careful with their decision. On Tuesday, Cardano’s price remained indecisive. Cardano price, like other cryptocurrencies, coiled in a triangular fashion. ADA price saw rejection from both the 8- & 21-day simple moving averages. Invalidation of the downtrend was a breach above $0.48.

Cardano price looked like it was setting up for a “sweep the lows” event targeting a retest of the $0.40 barrier and possibly the May 12 swing low at $0.39. Like many other cryptocurrencies in the market, the alternative-smart contract token coils in a triangular fashion. However, unlike its peers, the ADA price never established a progressive rally throughout the last weeks of June. Cardano price traded at $0.456 on Wednesday, July 6. On July 4, 2022, the bears successfully rejected the ADA price beneath the 8- and 21-day simple moving averages (SMA).

On Friday, Cardano price showed subtle signs of concern. It is not the best digital asset in the bunch currently and we can advise that it is better to consider finding a more promising opportunity. Cardano’s price is untrustworthy. Like many cryptocurrencies, it shows retaliation amidst the bearish onslaught prevalent for several weeks. However, subtle cues still show that the ADA price might not be ready for the anticipated bull run.

Cardano price currently traded at $0.46 after rallying to a high of $0.49 during the Asian market session on July 8, 2022. The profit-taking consolidation had subtly gone too far as the bulls breached through the 21-day simple moving average (SMA) on the 3-hour chart.

At the end of the week, Cardano price tagged the four-hour demand zone, extending from $0.443 to $0.459. Investors can expect ADA to trigger a 15% run-up to $0.550. Cardano price showed signs that it wants to move higher and trigger a quick run-up. This development comes after many days of sideways movement. If successful, investors can realize quick gains, but traders need to be cautious with Bitcoin as it could ruin the setup.

Since all-time highs at $258, Solana price is down 88%, trading at $34.50 on Monday, July 4, 2022. The centralized smart contract token has endured a steep wave 3-like decline, which is the most challenging and riskiest scenario to call a market bottom.

Solana price made a solid recovery on Monday on what looked to be another soft patch week with risk across the board. Tuesday turned out to be a whole other thing. Solana price was set to pop above the longer-term orange ascending trendline and finally tie up again with $40.00. Instead, events took a turn for the worse as US hedge funds and pushed through a massive amount of dollar demand. By doing so, the US dollar strengthened across the board against almost any other asset, dragging cryptocurrencies along for the ride.

On Thursday, Solana price ascended in stair-step fashion, as bulls breach through $35. Solana price began an applaudable retaliation following the devastating sell off in spring. The bulls established a 25% rally since the higher low at $31 was printed on the final day of June. Bulls in the market witnessed a justifiable entry signal on July 6, when a golden cross of the 8- and 21-day simple moving averages (SMAs) occurred.

Solana price traded at $39 as consecutive bullish engulfing candles have been established on the 2-day chart. The indicator was back in oversold territory, confirming that the breach above $35 is only the beginning. If market conditions persist, the Solana price should rally to $50 for an additional 30% gain.

At the end of the week, Solana price showed rejection off the 8-day EMA at $38.51, indicating that a retracement was likely. Solana price has been highly volatile after the crash in the first half of June 2022. As a result, SOL has seen massive recovery rallies that pushed it higher. However, the bounce seems to be facing a hurdle that is subduing it and preventing it from moving higher. Solana price rallied roughly 60% between June 18 and June 24 to set a swing high at $42.89. While this move was impressive, it faced a limitation and its upside was capped due to the presence of the 8-day Exponential Moving Average (EMA).

This rejection knocked Solana price down by 28% to sweep below the $31.66 support level. While bulls recuperated and triggered another 28% leg-up, this rally also faces the 8-day EMA again at $38.51.

While things are looking gloomy for Solana price, the downswing is occurring due to the rejection at the 8-day EMA at $38.51. However, if the bullish momentum continues to rise, there is a good chance SOL could produce a four-hour candlestick close above $38.51 and flip the 8-day EMA into a support floor. 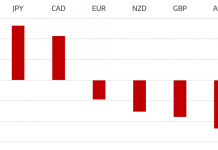 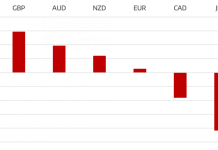 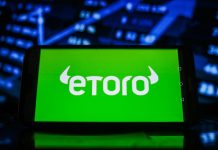 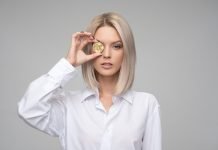 5 Most Common Forex Risks You Should Know About