Affluent Chinese are well known to protect their wealth against local political and economic uncertainty by investing heavily in overseas property. Cities like Vancouver have seen unprecedented rises of property values, mainly thanks to wealthy Chinese homebuyers. Now Chinese property investors are eyeing a new market in Dallas, Texas.

Dallas has one of the most vibrant commercial real estate markets in the U.S. It has also been a favorite among Chinese commercial and residential real estate buyers for several years now. According to Forbes, the demand for Dallas property can go even higher in the upcoming years as interested Chinese investors move in.

Chinese buyers who are not hesitant to dish out the cash have always been attracted to the U.S. market due to several reasons. Real estate in the U.S. is a great opportunity to diversify an investment portfolio. Assets in the U.S. are also highly prized and valued internationally. Chinese investors also desire to establish professional relationships with U.S. developers, which is always good for business, according to KPMG U.S. Real Estate Funds leader Phil Marra.

Moving Away from Coastal Real Estate

Chinese real estate investments in the U.S. have traditionally been confined largely to east and west coast cities like New York, Los Angeles, Seattle, San Francisco and Washington D.C. Coastal properties are considered more liquid than others, so investors are naturally drawn to these. However, recent years show that Chinese investors are now being attracted to Midwestern and Southern U.S. markets like Dallas and Chicago.

Inland U.S. cities like Dallas and Chicago are attracting new business in lucrative markets like tech. Also, investors can aim for higher yields and better diversification with property in these cities. These are the most likely reasons for the surprising foreign interest in Dallas and Chicago real estate.

Properly Values Could Go Up in Dallas

KPMG recently released a report that estimated that real estate values in the U.S. could go up to record-setting highs thanks to anticipated Chinese investments in cities like Dallas. In 2015 alone, Chinese investors spent close to $10 billion buying property and real estate in the U.S. Most veteran investors believe that the prices can only go up in the next two years.

Lucrative Returns to be Expected

Compensations for real estate trust CEOs have risen eightfold in some cases. A similar trend can be expected in Dallas, probably as soon as next year. 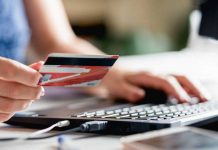 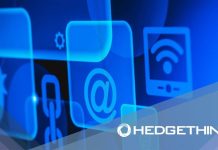