Bank of England governor Mark Carney has warned that a UK exit from the European Union (EU) could plunge the country into recession. Mr Carney speaking to the Treasury select committee on Tuesday 24 May, defended warnings issued earlier in the month by the Bank of England which stated that the UK economy could be hit if the public voted to leave the EU.

This follows a warning from a Treasury analysis, earlier in the month, which concluded that wages, sterling and employment would fall following an exit. Mr Carney was accused of being influenced by the Treasury analysis, but insisted that there’s “no possibility of undue influence from the Treasury” and that the bank had a responsibility to the British people “who do not want risks kept from them”.

All this ramps up wider speculation amongst stay campaigners that an exit from the EU would affect the trading of shares in UK companies due to a drop in foreign investment. This in turn would cause inflation to rise, the price of the pound to plummet and thus trigger a recession.

Vote leave campaigners such as Boris Johnson disagree strongly with both the Treasury analysis and the warnings put forward from the Bank of England, arguing that a vote to leave would bring about tremendous benefits for the UK. Some of the benefits put forward by the leave campaigners are that the UK could dictate its own immigration policy and that this would relieve pressure on the National Health Service. In addition, they argue that leaving would allow the UK to take back control of its own finances, EU contributions are calculated to be £350 million per week and this they say is money better spent domestically.

Vote stay campaigners, including the Prime Minister David Cameron, argue that staying in the EU would mean a better economy, mainly because Europe is the UK’s biggest trading partner. Stronger leadership would be another benefit, particularly on the world stage where we would be in a much better position to help shape the future and better security due to shared intelligence and strength in numbers that would help combat the current threats from global terrorism.

The referendum on the United Kingdom’s membership of the European Union will be held on Thursday 23 June 2016. The question on everybody’s lips is will the Treasury and the Bank of England’s fears be tested by a dramatic exit from Europe or will it be business as usual for the UK? 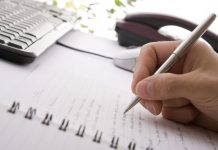 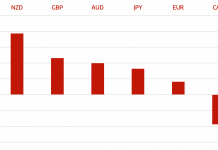 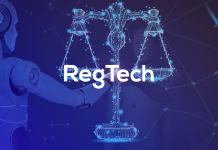