Real estate investment firm London Central Portfolio warns that a mooted rise in CGT could result in a negative trickle-down effect on the wider economy.

A report issued by the Office of Tax Simplification (OTS), requested by Chancellor Rishi Sunak, has considered an increase in Capital Gains Tax (CGT) to align with current rates of income tax. The OTS report anticipates that this could bring an additional £14bn into the Exchequer and would include increasing the tax on the sale of all properties which are not the main home. However the OTS also raises concerns that “there would be significant behavioural effects, which would materially reduce this, including an impact on people’s willingness to dispose of assets and trigger a tax charge, increasing the extent to which Capital Gains Tax has a ‘lock in’ effect.”

London Central Portfolio (LCP) has conducted an analysis to demonstrate the potential adverse impact on the residential property market and wider economy by considering the effect of the previous property tax hike in 2016. LCP reports:

· Transactions slumped in Greater London by 25.08% year on year following the introduction of Higher Rate SDLT in April 2016 (annual transactions y/e March 2017 vs 2016), hitting a low not seen since the Global Financial Crisis

· If transactions followed the same trend following the implementation of the proposed CGT changes, an estimated £1.7bn per annum will, at least, be wiped annually from ancillary businesses in London which service the housing market

Andrew Weir, CEO OF LCP, comments “Tempting as it may be for the Chancellor to target CGT as a cash grab which may be politically popular, the law of unintended consequences may mean it has the reverse effect. Transactions will be effectively ‘brought forward’ ahead of the implementation date, similar to March 2016 where monthly transactions soared to a 12-year high to get ahead of higher rate SDLT. This resulted in the Government missing out on additional tax take and the market never fully recovering with transactions slumping by 25.08%.

If buying patterns in 2016 were repeated, almost £2bn is estimated to be wiped from just the Greater London economy let alone the rest of the UK, as manufacturing and building trades are affected as well as property related professional and service industries. LCP anticipates that buyer profiles will also change as current owners are replaced by those holding a longer-term view with no intention of selling assets. This would create a transactional lull over the next few years with a further knock-on effect to the UK economy.

Businesses that have already struggled due to the COVID-19 pandemic will be victims again. With the end of the Furlough Scheme in March 2021, the UK is likely to see a further increase in unemployment from these industries reliant on transactions. This does not take account of further losses in the struggling retail and leisure sectors dependent on a thriving international community who have traditionally invested in London but would be increasingly deterred.

With the economy facing a period of slower growth, the Exchequer should be encouraging people to spend their money and boost the economy in the process. A rise in CGT is neither certain to increase tax revenues nor likely to stimulate investment in the housing market. It has never been more important to have a well-thought-out strategic approach, looking at all the variables, rather than a short-term tactical ploy.” 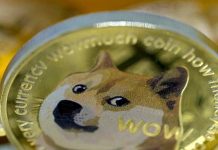 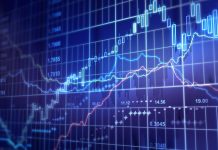